With Christmas right around the corner we are running a week of articles with ideas for that lat-minute Christmas present for the DJ in your life. Be honest, it’s for you, isn’t it? That’s fine. We’re the same. So what’ll it be? Let’s kick things off with the biggest items of the year, from US$300 to US$1000…

The latest controller from the NI camp launched late into the year (we had a hands on at BPM 2015) and is the model that sits between the flagship Traktor Kontrol S8 and the modular Traktor Kontrol D2.

Even though Stems has slowly been gaining steam, mainstream adoption still seems a way off. What’s important to note here is that this is all foundation-building for a long term vision (what NI calls the “Future Of DJing”), and the Traktor Kontrol S5 looks to be the mid-tier unit that fits in this vision, akin to the Traktor Kontrol S2 before it.

Another late entry into this year’s hardware pool is Pioneer DJ’s first controller that has all components built in-house: The DDJ-RX is meant to work specifically with the company’s Rekordbox DJ, which is basically an extension of the existing Rekordbox preparation app that turns it into full-fledged DJ performance software.

Though almost identical to the DDJ-SX2 before it in form and function, it lacks compatibility with Serato DJ, but if you’re set on using Rekordbox DJ, this is the controller in this price range to get for the tightest integration.

Personally, one of the biggest advancements in the last few years has got to be DJing on the iPad. Algoriddim’s djay 2 led the charge, having dedicated hardware controllers like the Pioneer DDJ-WeGO3, but it’s the Reloop Beatpad 2 that really turns the iPad into a laptop DJ replacement.

While the DDJ-WeGO3 looked more mature than its predecessors, it still looks toylike in comparison to the Beatpad 2, which is really meant to service gigging DJs thanks to its rock solid build and plethora of controls. With djay Pro having just been released, we can only expect iOS DJing to get even more sophisticated in the years to come.

The MC4000 is Denon DJ’s first release after having been acquired by inMusic (Numark’s parent company). Denon DJ’s been around for a long time, creating gear for professional DJs for decades now, and as such build and reliability have been somewhat signature qualities for the brand.

The MC4000 brings those to the hands of today’s mobile DJs, leaving out features like performance pads in lieu of features that are more practical to the pro gigging DJ – stuff like dual mic inputs, long throw pitch faders, chunky jogwheels, and booth outputs. Basically, it’s the compact mobile DJ’s workhorse.

It’s been a big release year for Pioneer DJ, and hot on the heels of its XDJ-1000 digital media player comes the XDJ-700, another model that forgoes the CD slot (surely a sign of things to come. XDJ-2000 anyone?)

It’s much more portable and compact compared to the XDJ-1000, albeit with a smaller jogwheel. Apart from that, features and connectivity are identical. Still pricey, but inexpensive by Pioneer DJ standards.

Speakers for home studios have got more capable, and the Yamaha HS7 is proof of this. Its size makes it great for bedroom studios, and the sound is powerful enough for DJ practice sessions and even producing at home. Quality sound at a price that would be unheard of just under a decade ago.

Completing Native’s trifecta of next-gen jogwheel-less controllers is the Traktor Kontrol D2, which had a rather lukewarm reception at launch, with many claiming its price to be a tough hurdle to jump, especially since it doesn’t come with a sound card onboard.

Of course, that sentiment could shift more favourably depending on how well Stems does in 2016 and beyond. As I’ve said, this is all laying the ground work for the company’s strategy, and we did enjoy using it for controlling Stems decks, though deck selection and pitch adjustment will be a bit of a chore for some.

I’ve always been practical when it came to DJ headphones: As long as they’re well built and sounded OK, they’re fine by me. While I do appreciate audiophile / high-end headphones for casual listening, I just felt that the chaos inherent in a DJ booth (ie sweat, ash, and spilled drinks) didn’t warrant spending a couple hundred dollars on something that would be disposable.

These Behringer Nekkst monitors have been around for a while, but we only got to review them this year, and we think they’re a bargain. While the bass isn’t as powerful as some monitors in the same price and size range, we really liked the speaker configuration options round the back of each cabinet, letting you tailor them to your room and taste.

They’re also designed by the founder of KRK Systems (those speakers with yellow cones you see in a lot of studio photos), so you do get some of those innovations here, like the aforementioned speaker options.

Last on our list is Pioneer DJ’s standalone effects unit. While controller DJs already have access to tons of effects available within their software of choice, the controllers themselves sometimes lack the knobs and buttons to fully take advantage of them. Conversely, DJs who perform with either vinyl or CDJs are also stuck with whatever effects they’ve got built into the mixer they use.

The RMX-500 is the cheaper option to Pioneer DJ’s RMX-1000, and lets you do lots of practical things like creating build ups, using filters, and even creating a short drum passage. If you want to get more creative without having to get knee-deep in sound effect design and technique, the RMX-500’s twin pressure-sensitive knobs will get you results.

As mentioned, we’ll be posting lists just like this all week long so check back to find out which ones you’d want to add to your wishlist. Happy holidays, everyone!

Check out the other lists:

What gear would you recommend in the US$300-US$1000 to our readers? Share them with us below. 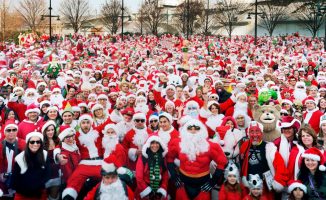 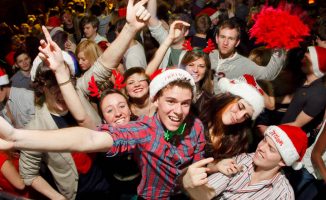 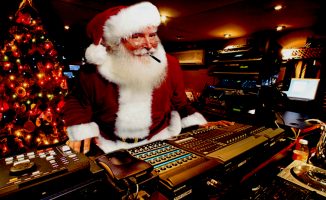 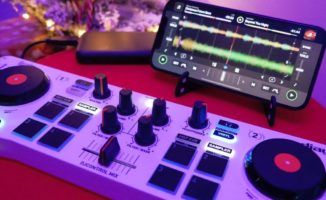