I’ve just moved house. Of course it has taken ages and I still can’t find half of my things, but as far as my DJ life goes, I put my laptop and DJ controller into the car, got my backup of my music from its safe hiding pace, and drove to my new home. I was up and running again in the time it took to plug my stereo in and decide where to set my controller and computer up. Half an hour max. At least I had music while I stuffed bags of stuff in new cupboards. But it got me thinking back to the 20 years when I was a DJ and record buyer, and some of the disasters that happened to my DJ friends and me due to having to move stupidly large amounts of vinyl records around with us as we lived our rented-flat-to-rented-flat lifestyle.

Like all proper DJs, I used to set up my music before I even unpacked my kettle whenever I moved. As my record collection went from one box when I was 14 to a cupboard at 17 and literally a car full at 21 (by 30 it was a room), this often meant at least a day of carrying and transporting vinyl just to get back to the point where everything was in one place. A couple of times it even involved building shelving into the new property; I got adept at building fast, rough shelving with plywood and timber for very little cost and taking very little time. Shame I sometimes used to drill into plasterboard and expect the things to hold, which they didn’t at least once, causing a whole shelf of 500 records to collapse in the middle of the night, pulling half the wall with it.

I remember putting records into cardboard boxes and having them collapse in my arms half-way up the stairs. I remember twisting around narrow staircases on the way up to attic flats and putting my back out for a week. Storing records in cellars only to get them out again and find them sodden with damp after a leak, and having to painstakingly clean each one and replace their lovely picture sleeves with bulk-bought cardboard sleeves from the local record shop.
When we moved to Spain, I sold most of my records on eBay (this is how digital DJing all began for me) but I’d been sent so many promos over the years of music that, let’s be honest, wasn’t the best, that I just couldn’t shift them. I finally sold the lot to a collector and he promised to send a van to get them, only it never turned up and he was never heard from again. I had to fly back to Spain leaving them in a friend’s spare room. My friend stopped asking me what he should do with them and I left the subject alone as well, and to this day I don’t know whether he binned them or finally found someone to give him a few quid for them – or indeed whether they’re still there. I still feel guilty, like you feel guilty when you have a pet cat that you dump on a relative when you leave the country (I did that too. Bad person.)

The worst story though is the DJ friend who was caught misbehaving by his girlfirend. He was thrown out quite rightfully, but when he came to collect his stuff from her flat, she had already got rid of his records… out of the window and smashed onto the car park below, two floors down. Infidelity is bad, but cutting at the heart of a man’s reason to live? They say hell hath no fury like a woman scorned!

Records are for life…

A record collection is a real commitment. What brings you real joy can bring you real hardship too. It needs looking after, and the bigger it gets, the more care it needs. In all seriousness, most DJs I know who gave up and sold up did so because they couldn’t justify carrying around and storing huge record collections any more.

What a blessing digital DJing is. It means a whole house full of records in one laptop. And it’s a damn sight easier when you have to move home.

Have you had to break your back getting a large record collection from A to B? Have you used a pile of records as frisbees because you just can’t be bothered humping them into the back of a car? If you could turn all the music into your laptop into real records, how heavy do you think they’d be? Let us know! 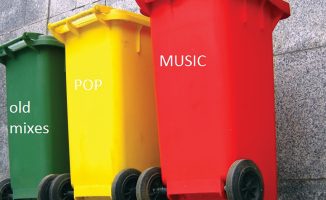 Why I Just Threw Away Nearly All Of My Music 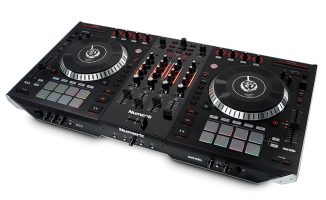