At my DJ gig last night, with my VCI-300 and MacBook Pro plugged in to the house PA (a predecessor of the dB Technologies Club XD 10 system), the the music cut out dead after four hours.

It was immediately apparent that it was the PA at fault, as my controller was working fine and the computer too, and we quickly realised that the main amp was overheating, causing the automatic cutout to kick in (just as well, could have caught fire otherwise). Switching it off for a minute then on again solved the problem for a short time, but clearly something was wrong, as even at low volumes it didn’t last too long before going off again. We had a pretty urgent problem.

Diagnosis: hot, hot hot
It was then I noticed that the fan in the amp wasn’t going around, simply by looking through the slots at the back – hence our verdict of overheating (backed up by touching the metal plating to actually feel how hot it had got).

So we grabbed a desk fan and plugged it in behind the amps, pointing it an inch from the air slots, putting it on full, and this was sufficient to cool everything down enough to stop the auto cutout kicking in and power the rest of the gig without further incident (turned out to be a fantastic end of the night too, so it’s just as well we mended it).

Only bass in the place
This isn’t the first time that I’ve seen this issue. A club I played in a few years ago had its amps in an amp room, and we literally had to check the air conditioning every 30 minutes in that room as it had a tendency to switch out, causing the room to heat up dramatically.

If this happened, the midrange and topend amps would flip out first, leaving just the dull thud of the bass on the dancefloor, needing a good 20 minutes’ cool-off period before we could get the full system running again. Again, we cooled them off by simply grabbing every fan we could to point at the amps from behind.

Yes, we can – with a fan
So the moral of this story is: If your venue’s amplifiers cut out, once you’ve checked it isn’t you, and all the connections look fine, see how hot the they are. Something as simple as a fan can ensure the music plays on and get you through to closing time.

Of course, the venue owner must get his equipment serviced ASAP, but at least you’ve kept the music playing in the meantime.

What running repairs have you had to make in the DJ box? Has the whole sound system ever failed you mid-set? Even seen it happen to someone else? Let us know your stories. 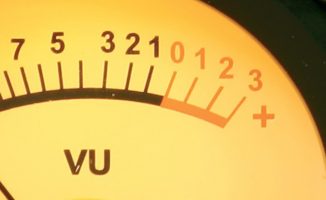 Over To You: How Can I Make My Controller Louder? 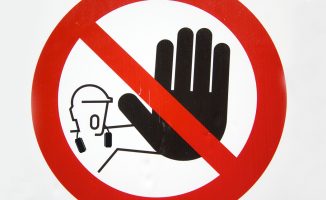 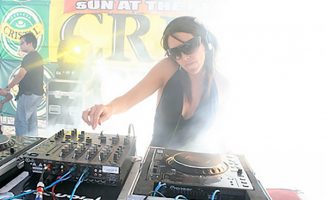 Over To You: Too Hot For DJing!