The ritual I am about to relate was an absolute religion for me every single Saturday night, before setting off to DJ. It sometimes took two hours, sometimes six, and I did it pretty much weekly back in the days when I used to play from vinyl, which was from 1993 to around 2004.

The vinyl countdown
I’d hit the decks at around 4 or 5pm and plough through the vinyl I’d bought or been sent that week that I liked. I’d begin to pile up the tunes in two halves, warm up and peak-time. Then I’d look through the box of record I’d brought back from the previous gig. Again, I’d play and sort, adding to the two piles. Next, I’d start looking through the rest of my tunes from the past six months or so. Those I’d pull out would be maybe one in 10, maybe one in 30. All the time playing them, but doing it loosely, in the background, while maybe taking down names for the guest list from the club’s incoming email, or posting to the club forum hyping the night to come up.

A bit later, I’d take all the tunes and sit on the floor, sorting each pile into subsections. Tunes I knew went well together – little batches of 2, 3 or 4. A new sub-genre that was doing it for me. A couple of tunes that shared a bassline. An acapella that fitted an instrumental. Some time-tested mixes that always got the crowd going. Next, I’d hit the decks again, this time looking for new blends between some of these tight 20-minutes’-worth of tunes. Music would suggest itself. An old disco record. A house tune from 15 years before. A rock tune. I’d test, both the mixes and my nerve to play this unexpected stuff, all the time listening.

Eventually I’d leave for the club with a box or two of tightly programmed music, every tune thought about, the order in the box thought about, ideas still buzzing around my head. Prepared. I’d have 2 or 3 times the amount of music I needed for that night’s set, and while DJing, my job would be to condensed that music into a set that suited the crowd and went somewhere artistically. But I was starting from a point of a finite number of records, all fo which I knew well and had included in my set after much deliberation.

Back to the future
Back then, I had maybe 8,000 records – I was harsh in trimming my collection annually, too. Of those, the shelves containing the current genres, the recent tunes, were those I could basically physically reach best. (Records took up a lot of room. Every now and then I’d find myself balanced on a stool looking for some old 80s electro tune or an indie instrumental I thought I could get away with in the mix.) But we were a certain kind of club and I was expected to play a certain kind of music. The shelves I got 95% of my tunes week-in, week-out from contained around 3,000 tunes. I was leaving my house with 80-150 records from a selection of 3,000-odd. Nowadays, my iTunes proudly informs me that I am choosing from 21,000 songs. I buy my music as before, but I also scour blogs, get sent tunes by friends, pick things up from tagged music on SoundCloud and the like, and all the time as a DJ of 20 years’ standing, I am revisiting all the old tunes (long since digitised, but still there).

It is easy as a digital DJ to think that because you have X number of hundred or thousand tunes to take DJing with you, you can just turn up with no thought to arranging or organising those tunes. Or that you can just hit the “sort by date” column and play from there (actually, if you’re going to do anything, that’s a good start. But it’s far from ideal). However, with the freedom a digital DJ has to carry all of his or her tunes around at one time, it becomes even more important to organise and sift, sort and categorise, and most of all – to listen as you’re doing it.

Sorting music out digitally is not the same as doing it with real vinyl. For boxes (warm-up, peak set), think folders. For “shelves” (house, deep house, drum & bass, dubstep, r&b…), think genre ID3s. For your own use (floorfiller, warm-up, “risky tune I’d love to pay one day”, end-of-night), think tagging. (Hint: you can tag tunes in iTunes using the Grouping ID3 tag and smart playlists.) And for the digital equivalent of pairing tunes off, think comment ID3 tags (“Goes well with X acapella”, “Mixes into X perfectly from second break…”).

Why digital slicing and dicing beats piles of vinyl
And while in the vinyl days, all that work every week was lost the second a DJ repacked his or her box for the following gig, nowadays keeping your sets intact forevermore is simply a case of managing the history in your DJing software, or dragging the set to an archive folder once a week. Want to know your “hour before midnight” set from last New Year’s Eve? With digital, it’s easy. Want to know what you played last night after one-too-many whiskies? No problem.

As with many aspects of digital DJing, the smart DJ can be set free by this fantastic technology. You benefit, though, from realising that nothing has really changed about the end-game, the result you’re aiming for: It’s still a case of knowing the best records to play, and the best order to play them in.

Skip the preparation, and at best you will take longer to find the tune you want, at worst you’ll end up half-drunk, wading through your girlfriend’s favourite albums in an unsorted iTunes folder, with 30 seconds to go on the current track, and with no answers. Don’t be that person. Take the time to plan your sets, and you’ll benefit from all that work by enjoying more the other aspects of DJing when you’re at your gig. Just like we used to in the vinyl days – only better.

How do you organise your tunes? Do you use iTunes or the library in your DJ software? Or don’t you bother at all and just do it all at the gig? We’d love to hear how you pack your “virtual record box”. 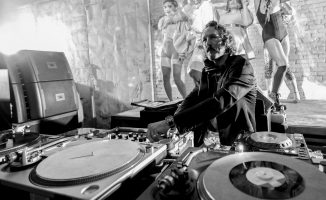 6 Reasons Why Digital DJs Should Learn To Spin With Vinyl 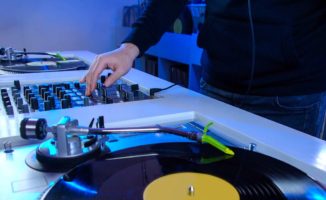 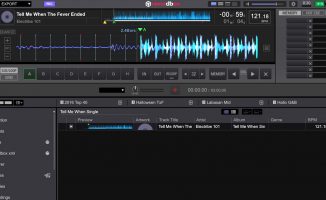 How To Rip Vinyl Into Rekordbox