The controller – which is similar in appearance to the X1 and in layout to controllers such as the Allen & Heath Xone:XD, the American Audio VMS4, and the new Denon DN-MC6000, offers tight integration with the new Traktor Pro S4 software across four decks. Have a look at the first of two official Native Instruments YouTube videos we have for you:

Here are some of the standout features:

Why is this launch important?
This is the unit that a lot of Traktor fans have been waiting for. Anybody who likes the unsurpassed cueing, effects and loop functions of Traktor but who has been looking jealously at the kind of tight hardware / software integration offered by Serato ITCH and its dedicated controllers can now breathe a sigh of relief that Traktor is taking the DJ controller market seriously.

If you’re the kind of DJ who still has decks and/or CDs but wants to seriously embrace digital, again this is a good choice for you because it allows you to plug through your current setup and use one mixer to integrate the lot.

What will it be like to use?
Like other similar controllers, there are an awful lot of controls there. The jogwheels interestingly are higher up the unit – part of Native Instruments’s recognition that many Traktor DJs – with their beatgridded, loop-heavy DJing styles – are not as hung-up on old-skool mixing styles as users of other software, maybe?

The jogwheels are accessible from the edges, and maybe that will be fine, unless the unit is set up in a small space with other equipment either side of it, like CD players or record decks.

Certainly if you are used to using DVS or vinyl you’ll probably struggle here. But it’s not really aimed at you. (“External time-code control via turntables and CD decks will be enabled through a future software upgrade,” say Native Instruments, but the fact that it’s not there at launch shows it’s not a priority.)

No, it’s aimed at today’s new breed of electronic DJ who like to throw everything in a flight bag but still put in a creative performance once set up at the other end.

It appears to be well made – just like the X1 – and it is my guess that it will be correspondingly fun to use. I’d love to have a feel of those jogwheels, but I suspect they’re exceptional quality-wise.

Conclusion
It’s certainly hotting up in the four-deck hybrid controller arena. If you’re looking for a high-end DJ controller (this is priced at US$899 / £754 / €869), this should be on your shortlist.

With that tight hardware / software integration, it would seem to have scored a home run against the new Denon DN-MC6000 and the American Audio VMS4, although the latter is cheaper.

Its only direct competitor with this range of features is the Allen & Heath Xone:DX and Serato ITCH combination, but that has a price tag considerably higher that this.

The future of professional DJing? It’s a bold claim. But the Traktor Kontrol S4 DJ System makes it well. They’ve just upped the bar: Maybe time to start saving and put a pre-order in. Demand is bound to be sky high.


See it at: Amazon.com, Amazon.co.uk, Thomann (UK & rest of Europe)

So – is it what you were expecting? Any surprises? Got any more details or thoughts that we haven’t covered? Please let us know. 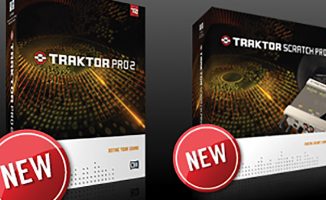