Watched Kick-Ass last night, which if you’re even less of a film fan than me and really don’t know what I’m taking about, is a teenage/gangster/superhero movie. (I know, I know, I see everything 6 months late). It had twists and turns, and was well-paced, funny and stylish. It kept us entertained throughout, and left us wanting more.

Which if you come to think about it, could be a description of a successful DJ set. So I started thinking of the parallels between cinema (which I know little about) and DJing (which I know a fair bit about), and concluded that if you’re a film-loving person who wants to DJ better, there are many lessons you can take from good film directors.

Of course, if you’re playing in a bar or warming up a crowd, the skills are different – you’re not in that prime-time slot and so you don’t have everyone’s attention for a long period. But if you are playing to a captive audience, taking your cue from the movies can really help you to keep things interesting over many hours.

So with particular reference to Kick-Ass, let’s look a bit deeper:

1. Start with something surprising

Kick-Ass has the funniest first two minutes of any film I’ve seen in a long time. You’re not expecting it. It’s short and surprising and gets you hooked right from the off.

What better way to start a DJ set? People who make mixtapes know this, and that’s why they’re always looking for a quote or a clip or something similar to grab people’s attention at the start. You can do the same by using a record that sounds like one thing but quickly turns into something else. Or a remix of a popular tune, but in a style that suits what you’re going to do next.

Or by starting with a completely inappropriate record and just when the dancefloor is getting hostile, spinning it back with a smile and a wink and throwing on a total floorfiller. Your call. But get noticed in the first two minutes and you’ll set yourself up for the next two hours.

In Kick-Ass, there are a handful of “superheroes” (of course, good and bad ones), a few more baddies, and a cop. It takes a good half hour for us to meet everyone, and that’s great. We want to enjoy each character for a while before being shown the next.

In your DJing, do the same! You’ve got a couple of hours to play your set, right? So don’t rush to do everything in the first 20 minutes. Introduce your style of rhythm, your type of bassline, your preferred variety of break/build, your kind of vocal, and do it all at your own pace. This way the dancefloor gets used to the “tools” you are going to use in your set. There’s time later to play the huge records.

It takes a while, but we understand half-way through Kick-Ass why certain people who appear on the face of it to be doing very strange things are actually like that. Having this historical perspective enriches our understanding and enjoyment of what they’re doing now.

In your DJing, you should do the same. So you love dirty Dutch house, or hip hop, or dubstep, or breakbeat? I bet you’ve got favourite songs from the past 2, 3, 5, 10 years or further back that help to shine light on why you love your style so much.

So play them! play some old skool hard house or hip hop, or some reggae, or early drum & bass. Make people realise your music has a history. Show them the links.

It tells people that you know where this music is going, and invites them along for the ride. They’ll remember you for having depth to your style, way more than they’ll remember the chart DJ or the guy with the Top 20 Beatport downloads in his set and nothing else.

Kick-Ass is one fast, violent film. Yet to enjoy those parts, we need the in-between bits. It gives the audience time to relax and to enjoy other elements of the film, like the camera technique, the look and sound of the characters, the cars, the city, the atmosphere, the guns – everything else that makes up the experience.

When DJing, exactly the same thing applies. You have your top 5 “must play” tunes, sure. But you also must make sure you have records that link these up in an interesting and progressive way. Tunes that don’t require the full attention of the audience. Tunes that let them chat, drink, meet each other, look at each other, snog each other, hell even go to bathroom (just the same as in the cinema). Don’t ask people to pay too much attention for too long; pace things. That way, when you really want them too, they won’t be able to help giving you 100%.

5. Build to a crescendo

In Kick-Ass, you know when the film is reaching a climax. All the player are coming together nicely, and the final scenes are quite plainly the high point of everything action-wise.

With DJing, towards the end of your set is when you’ve done your job. You’ve done the teasing, the building, the laying the scene, the painting the background, and now you’re pumping it out, giving them what they came for, dropping the tunes that the earlier music hinted at. Build to this, and then let them have it!

6. Give a nod and a wink to those in the know

Superhero fans will see countless references to previous superhero films in Kick-Ass. Hell, even as a real film no-hoper I picked up on the Batman references in the New York setting, the accents, the look of the baddies, the cars ands so on. Some of the jokes are plainly aimed at older, more savvy filmgoers and comic fans, yet they wouldn’t detract from the fun of the film for younger people or those who aren’t really aficionados of comic culture (like me).

If you can put such elements into your DJ sets too, you’ll keep the “heads” happy as well as the people who’ve just come to have fun. I’m thinking things like radical cover versions of old tunes that half the audience might not even know; re-workings of famous samples from music of another time or age; using bonus, fan giveaway or hard-to-get tracks from big artists; or simply playing the uncleared, original versions of records with swearing / blatantly stolen samples/different production than the versions that hit the charts (this is my favourite) – anything to show you’ve done your homework.

Kick-Ass, like many films, of course, ends with the strong suggestion that there’s more to come, that things are only just really hotting up. Lays the ground nicely for Kick-Ass 2, doesn’t it?

And what about you? Do you want everyone to come and see you again next time? Are you going to be asking the manager for another DJ booking? Then leave the crowd wanting more. Got a big, big record in your bag you haven’t played? Play the acapella of it towards then end but don’t play the whole song – play it next time instead. Is there a new sound or style that’s just hitting the streets but you’ve only picked up one tune of that type so far? Play it near the end of your set, which will let you explore the theme more next time you DJ there.

Try and hold something back, but crucially, always let them know what it is. This is your teaser for next time.

The best films are good entertainment. There is no truth in thinking you can’t play great music and entertain at the same time. That’s where the skill comes in, and what top film directors and top DJs have worked out how to do well. You can learn from both of them how to be a Kick-Ass DJ!

Have you learned anything from the movies that’s helped your DJing? Can the movies tell us how to DJ in a way that I haven’t picked up on? Let us know! 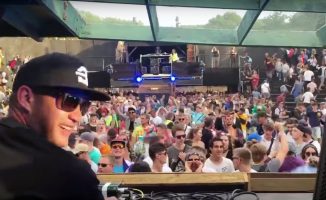 [Must-See Video] The Best EVER Start To A DJ Set 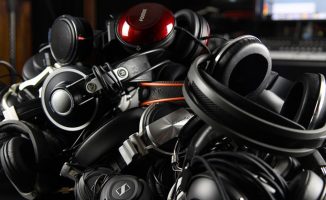 Over To You: What Headphones Do You DJ With? 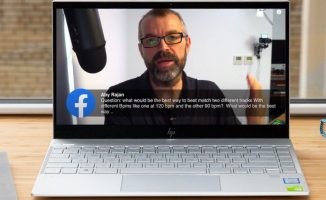 Improve Your DJing & Have Fun With Our Free Live Shows & Training 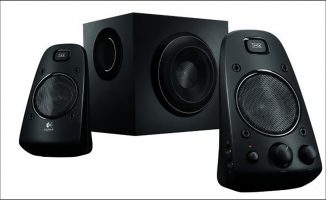 Over To You: Best Cheap Speakers For DJing and Producing?