With the current 50% price cut by Native Instruments, it’s now possible to buy Traktor Duo for only US$45/£40/€48 and Traktor Pro for only US$99/£82/€95. For readers trying to make their minds up which one is the best, I thought it might be good to let you know my experiences.

I have been trying out the Traktor demo for about 6 months, just at home. Originally I was planning to buy some hardware that came with Traktor LE, and upgrade to either Duo or Pro from there, but thanks to the current discounts, as the plain full version is now cheaper than the upgrade, I decided not to wait any longer.

But did I need Pro? Would Duo be enough for me, or would I miss features that are in Pro but not in Duo? I could not decide. There is very little information on the internet to be found about the difference between the two, and I’m hoping to make up for that, a bit, now.

I am not a musician. I’ve tried demos of software synthesisers that made that clear to me! I am not that “creative” in the sense that I don’t enjoy making music from scratch. All I want to do is play music, and when two songs are similar enough to make me want to play them together, I want to make the transition between them as enjoyable as possible. Traktor gives me the tools to do that.

Trying out the 4 decks of the Traktor Pro demo, I found I rarely if ever used more than 2 decks. I also rarely use effects, and when I do, I usually stick to the basic three: delay, reverb and flanger.

Two weeks ago I decided to take the plunge: I bought Traktor Duo. Here’s a summary of my experience:

My take on the differences

Things I knew I was giving up:

Things that are not there but I don’t actually miss:

I do not regret my decision to favour Traktor Duo over Traktor Pro.

If you’re not a controllerist using snippets from existing tracks to rearrange them live into a new song, but instead only want to play music, then Traktor Duo will probably be plenty.

Have you tried both? Do you prefer one over the other? Let us know your thoughts. 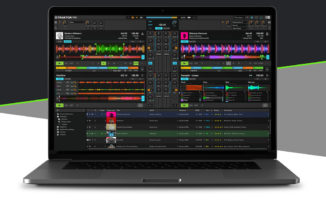 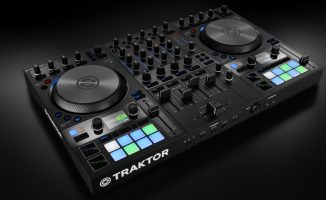