There’s been a “will they, won’t they?” question hanging in the air for months now about whether Panasonic are finally going to discontinue the Technics turntable or not. Skratchworx recently wrote an open letter to the company to ask them to clarify what’s going on, but reports on DJ TechTools and letters to retailers seem to confirm that this time the DJ’s old friend is, indeed, finally being retired.

Even if this turns out to be another false alarm, surely the day when Panasonic finally retire the old workhorse is close. So in this article, we consider what this will mean for DJing, and for those of you who are a bit bemused by the fuss, look at why it’s such big news.

How we got to here:
A bit of history: The Technics SL1200 was first introduced in 1972, but it was in 1979 that the MK2 hit the streets, and this is the Technics turntable we all know. A 31 year run is not bad for a product, and the fact that it redefined the whole DJ scene is incredible seeing as it was never meant as a DJ product – it was aimed at the hi-fi market. Yes, that’s true – this was never made for DJs! The things that made it so good in a DJ booth – a direct-drive motor that made scratching possible; the fact that it really was built to last; and crucially the speed control – were a happy accident.

So now that this happy accident has, it seems, run its course, let’s look at what the discontinuation of production will mean for the DJ scene and DJ culture:

1. The price of Technics turntables will rise

There will always be people wanting these. They ARE vinyl DJing. Nothing else has ever come close to knocking them off the top. Right now, you can buy them new from stock. But in a few years, they’ll start getting harder to buy. 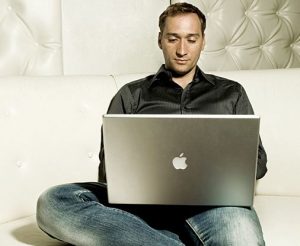 There will be always be DJs wanting to play on “the real thing”, and if that’s you – if you’re a retro DJ, a vinyl junkie, or a hip-hop/scratch DJ who wants to use vinyl – now (or pretty soon) is the time to buy.

2. The popularity of DVS systems and software will start to wane

Programs like Serato Scratch and Traktor Scratch came about because DJs wanted to use their existing Technics to control MP3s. The next development was control CDs so you could use your DVS software and system with standard DJ CD players.

But as control vinyl/Technics become rarer and rarer, and all you’re left with is scratch software being controlled by CDJs, you’re getting very close to controllerism. Especially if the CD players start being used to drive controller software (see below). Don’t be surprised to see new, integrated versions of this software soon, and eventually an end to the Traktor/Traktor Scratch and Serato Scratch/Serato ITCH divide. Virtual DJ are already there.

3. The demise of Technics in DJ boxes will accelerate, and mixers will get more complex

Pioneer CDJ2000s will be the standard piece of equipment in DJ boxes. Nowadays many clubs already don’t have Technics turntables, but this will accelerate their demise. A DJ booth will mean a great digital mixer and two Pioneer CDJ2000s, plus room for a laptop or two and maybe a space for extra kit as well.

Pioneer is pushing its Rekordbox software, but the new versions of all the software will work with the Pioneers. Control will be via sound card-enabled digital mixers with samplers, looping and effects all built in – like the new Allen & Heath Xone:DB4 or the Pioneer DJM-2000, for instance. 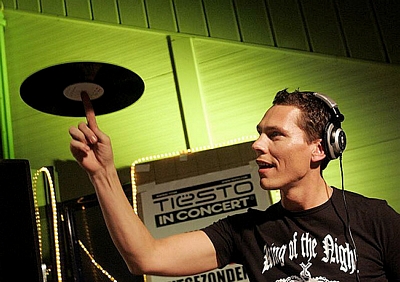 You’ll be able to turn up at a club and plug your laptop into the mixer, and bang! Their equipment will control your software and music library. Want more controls? Then compact control surfaces like the Midi Fighter, the Novation LaunchPad or other tiny, easy-to-USB-into-a-laptop surfaces will be your answer.

“I don’t miss vinyl and I don’t use CDJ’s, I have 2 computer systems with me.” says Paul Van Dyk. “One is full with all my material, the other one has a lot of software synthesizers installed and I have mini keyboards with me, where I can play a lot of things live, I have a mini controller & I have a custom made mixer.”

4. Manual beatmatching skills will continue to die out

With the closest to an old-skool DJing set-up now being two CDJs, the idea of not having a BPM counter on your kit will become obsolete. DJs will learn to mix by matching BPMs then at most fine-tuning.

The skill of beatmatching “blind” will become a specialty. With the turntable out of the picture and DVS systems dying, technology will naturally ensure that all DJs have the ability to sync music at the touch of a button, whatever they do. DJs will learn about beats and bars through beatgridding and looping, not through old-fashioned beatmatching.

5. New DJs will stop aspiring to “one day play on decks”

We hear it all the time at Digital DJ Tips. “I have got Virtual DJ on my laptop. I want to get a controller soon, then progress to CDJs, and finally I want to be a “real” DJ spinning Serato Scratch or even real vinyl.”

It’s understandable because decks are held in such esteem, but to us it’s like an accountant aspiring to stop using his spreadsheet and go back to his calculator, then an abacus, and maybe one day do it all by hand again!

The war is over, the battle is lost. Vinyl is dead. In a very short time, nobody will care any more. As we readjust our aspirations, our bright digital future will come more into focus – and just to repeat, it does not involve two record decks any more.

6. The fascination with turntablism will grow

…in the same way that we’re fascinated by World War 2 bombers, or old cars, or sixties fashions, or Victorian toys. The Technics era is over – and a phase of DJing has just had the door closed on it for good. It is already history – and the music, the skills, the culture, are all for the first time becoming something we’re moving on from.

Therefore cool retro DJs with a box of vinyl and equipment from the same time period will become kitsch novelties. As new generations of DJs arrive who’ve never heard of Technics, they’ll be curious to see what it’s all about when vinyl DJs spin in boutique bars, cafes, shops and clubs.

I guess these DJs will use nice old scratch mixers and headphones from the same period, too, for added authenticity.

7. An old generation of DJs will finally hang up their headphones

The only thing that kept them going was the existence of a hallowed “right” way to do things. They pointed to “genuine” DJs, using Technics and “keeping it real”. Well, Technics sales had already dropped 95% in 10 years before this announcement. DMC – the last bastion of vinyl – has admitted digital DJing for the first time in what will surely be their first move towards further innovation or inevitable obsolescence.

And now, the equipment “real” DJs use – a Japanese hi-fi record deck that DJs took on as their own because there was nothing better out there – has finally become a footnote in history. With a disgusted shake of the head, a lot of the old school will finally call it a day. 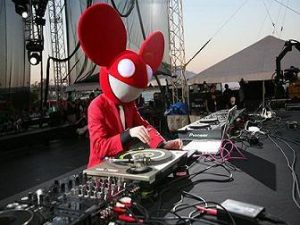 So – goodbye to the Technics 1210. I bought my pair when I was 23, having had belt drive cheap decks since I was 15. I sold them in 2004 and switched to Virtual DJ, my first step on a road that has given my love of DJing a massive, massive new lease of life and led me to the job I love so much today.

To me, digital means DJing has never been so much fun. But I still have two boxes of vinyl that I’ll never get rid of. I loved my Technics. I’m sad to see them go. But I said my goodbyes nearly 7 years ago. As have most superstar DJs, evident from the quotes I’ve put throughout this article, which are representative (even if deadmau5’s is a little thoughtless and uninformed).

Now let’s look to the future: there are more manufacturers making more equipment that’s actually designed for DJs to use than ever before. Times are good. Let’s pay our respects… and move on. 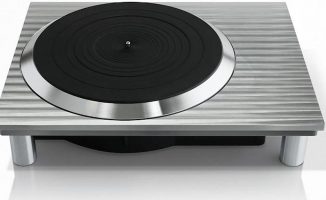 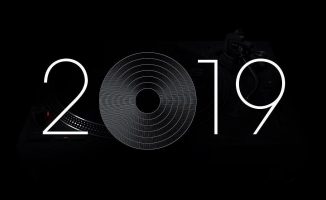 Is Technics About To Unveil A New Turntable? 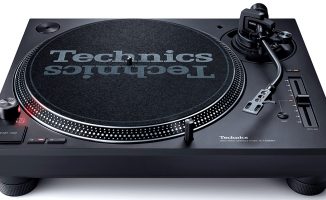 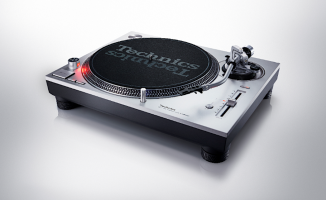