Digital music distribution was meant to bring in an age of plenty for DJs. No longer did we have to rely on our local record shop to get the best music for our DJ sets, battling with all the other DJs in our town for the right to own a copy of the hottest, most exclusive tunes. With digital, the playing fields were meant to have been levelled. We could now all have access to everything, and with the huge number of new ways to listen to and buy tunes, DJs could finally fill their virtual record boxes with what they wanted, wherever and whoever they happened to be.

So why is it that one of the things we hear again and again here at Digital DJ Tips is that people are struggling to find the music they want for their DJ sets? That it is hard not to come across the same things over and over again? And that far from inspiring new DJs to play new sounds, digital seems to have led to everyone playing the same few dozen records, wherever they are…

The way things used to be
Bottom line is it this: it used to cost a lot to release a record. Records could take months to get onto the shelves.

Meanwhile, a promotional machine – involving a few test pressings or “promo” copies, carefully chosen radio and club DJs, and a few copies leaked into the specialist stores – built demand among DJs and familiarity among the cooler public. If you were an up-and-coming DJ wanting the tunes you heard on specialist radio or from the big DJs when you were out clubbing, you had to know people.

Hell, even released music sometimes sold out, especially in specialised genres! It was a labour of love, building a record collection, and the problem was scarcity – not abundance.

How digital music has led to less choice
Nowadays we have far too many record being released for DJs to hear. And it is hard to enjoy shopping online, so frankly it can be hard to force yourself to do it.

Alright, in the old days it was equally hard to earn respect in record shops, but it was part of your DJ initiation to get a good record supplier – and once you had, you were on easy street.

You had a shopful of specialists (usually DJs themselves) who were looking out for tunes in your styles for you. Hell, maybe you even worked in the record shop yourself. Now, although there’s a lot of music out there, it’s actually harder to find the good stuff.

My 3 steps to building a great digital DJ collection

So you’re reading this because you’re a digital DJ who wants to make a difference, get your music heard, do something worthwhile as a DJ. You need to get the good stuff, and play it to people who want to hear it.

What’s the right way to cut through the crap and do it?

All I can do is tell you what works for me. Hopefully you’ll have some ideas too and can join in in the comments. I’d love to hear your views.

You have to have social media involved in your music hunting. You need to join sites like Mixcloud, SoundCloud and last.fm and start finding people who you can follow and favourite – people whose mixes and music you can listen to as a rule. People who produce regular mixes or radio shows are particularly useful, but take the time out to get to reach out to producers you respect too – they can give you music directly. It doesn’t have to be hundreds of people – just half a dozen whose tastes you respect. Find a couple of weekly radio shows by tastemakers on your scene. Get a routine and stick to it.

If you find you don’t really get inspired by someone’s musical choices, replace them in your “dream team”. Keep focused on who you want to give your time to – but then, let them do the work for you!

These professionals are your curators, your filtering mechanism – these are your “record shop staff”.

Also, use services like The Hype Machine and the new MTV Music Meter to assess blog/social buzz and bring you current genuinely hot tunes and acts.

They can be invaluable in keeping you up to date with the overall music scene outside of your niche, and crucially for finding remixes or mashups of well-known global hits that you can play in your sets because they fit your style better.

2. Play their music constantly but don’t really listen to it

This step is crucial. Stream the music you find. Look for services that play away, iTunes DJ style, without you having to constantly do something. (That’s why tastemakers who post regular DJ mixes, podcasts and radio shows are particularly good.)

But the point isn’t to listen to it closely – it’s the opposite! The point is to NOT listen closely, so that when good stuff gets played, it grabs your attention through the background hum.

You may have to hear a tunes 2 or 3 times for that “What is THIS?” moment, but you’ll get those moments – plenty of them. Spot a great song in this way and it’s at a minimum been filtered through the ears of both your respected peers and you.

3. Identify the good tunes and get them in your library

Using Shazam, Tunatic or similar if you have to, get that tune’s credentials and buy it at your usual online store! Get it down into your iTunes and tagged into your DJ software.

I never worry if I can mix all these new tunes together into a DJ set – mostly I can’t, because I’ve ended up loving a bit of everything from dubstep to pop, house to indie.

Who cares? I’m a DJ, not a predictable jukebox. Whatever it is about me that made me like those tunes, as far as I’m concerned, that’s what makes any DJ sets I play different to the rest of the global DJs with access to exactly the same music.

And guess what? I certainly can play coherent DJ sets, because instead of having a collection of disposable pop, I’ve got a collection that I can pull records out of from this week, last month, last year and further back, and weave them into my sets. And the best bit about it? I love every last one of them.

Finally…
Music curation and discovery tools are arriving all the time, and it’s sometimes hard to keep up with them. May I suggest you join the thousands of DJs who’ve already signed up for our Learn To DJ Free email course? Many of the weekly lessons are dedicated to helping you find new music online.

How do you buy your music in the digital age? What do you do to make your digital sets stand out from everyone else’s? We’d love to know in the comments. 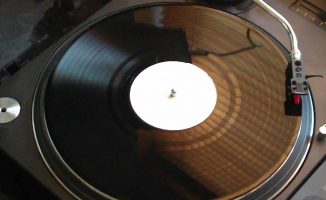 One DJ Tradition It's Time To Let Go Of (No, It's Not Vinyl) 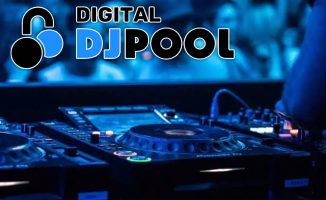 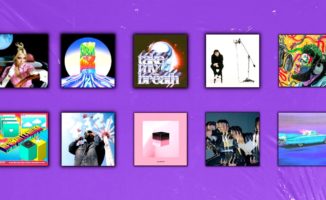 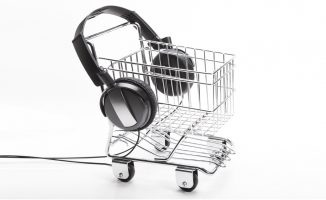 Over To You: Where Do You Get Your Music From?