The world of the turntable moves s-l-o-w-l-y. Turntables regularly outlive DJs. Panasonic has finally discontinued the Technics 1200/1210 series (the DJ standard turntables) after over 30 years of continuous production. Other manufacturers had to wait, get this, 25 years until the patent ran out on the motor design before they could imitate Technics and produce their own versions.

But run out the patent did, and in the mid-2000s Technics challengers began to appear, one of which was the Stanton STR8.150 (US$499

/ £459 / €542). Now, with the Technics 1200/1210 range officially defunct, we thought it would be a good idea to look again at what the new breed of digital turntable can offer to the digital DJ, starting with this top-of-the-range Stanton model.

At the purest level, because they are part of what DJing means. New innovations don’t destroy the old, they add to it, and meanwhile the purpose of the old changes. The telephone didn’t stop letters, TV didn’t stop radio, the internet didn’t kill newspapers, Kindle won’t stop books being sold, and digital DJing won’t stop people using turntables.

However, while a Technics turntable or two would do the job, you’re missing a trick in the digital age if you don’t look at the alternatives, because there are features here that – while you won’t find them in Technics-equipped DJ booths – are certainly worth having.

This section is both for the curious, and for DJs who have used Technics turntables in the past. Technics decks are so iconic, you can’t help but notice the similarities and differences. The extras we’ll get onto later.

Both decks are heavy (but STR8.150 is over 16kg compared to 12kg for the Technics), meaning excellent damping of vibrations. The STR8.150’s motor is still high torque (higher, in fact, than the Technics) meaning the speed holds truer when you’re applying pressure to the platter in mixing. It’s different to Technics, so it takes some getting used to, but it’s ultimately better.

The STR8.150s look like Technics, too. Sure there are extra features, but the gun-metal finish, the strobe dots around the platter, the general styling – they’re all Technics through-and-through. The pitch control (without that loveable 0% click) is as good as the Technics, if not better, and the 4 adjustable feet finish the overall deja vu Technics look.

The main difference is the tonearm – it is straight (hence the name: “STR8”). I’ll be completely honest with you – I didn’t have a clue why it’s not S-shaped, or why the Technics tonearm is. Stanton came back to me with an explanation:

“The straight tonearm is designed to minimize inward/outward force on the needle. The classic S-shaped tonearm was designed to maximise fidelity, however, there is a natural pull toward the centre of the record (hence the anti-skip to compensate, which can cause even more skipping during back-cue movements).

“The benefit of the straight tonearm design to the DJ is superior tracking, which can also have an added side benefit of being able to use lower tracking force with your stylus.

“For DJs who may want the perceived extra fidelity, familiar cue-sticker ‘clock’ positioning on their records due to the longer length of the tonearm compared to the straight tonearm, or simply prefer the classic look and feel of an S-Shaped tonearm, we also make the ST.150.”

Can’t argue with that – although I’d add, every “audiophile” turntable I’ve ever owned has had a straight tonearm, so the sound quality differences must be pretty academic.

The other differences are mainly cosmetic – the lighting is all Stanton blue, except the record surface light, which is white and has moved around to bottom right (it’s also removable and a bit plasticky – the only thing on the whole turntable you could say that about).

The holder for the wide spindle adaptor is gone (although one is supplied), replaced by a second start/stop button top left for when the turntable is aligned 90 degrees anti-clockwise from normal for scratch DJing. Finally, there is a proper detachable power adaptor.

Anything missing? Yup, the lid. I would have liked to have seen a hard lid for this – dusting around the pivot area of a tonearm is finicky, and there was not even a cloth cover enclosed. Of course, if it was flight cased it wouldn’t matter, and with Technics you had to fully remove the lid when DJing or the look was serious uncool (and potentially you had something to jog by mistake), but still – a cover would be nice.

It’s also worth pointing out that this is the second incarnation of the STR8.150, and actually is a little more “Stanton” and a little less “Technics” than the original in styling, which is a good thing – in particular, the rubberised pitch fader knob is no longer a straight copy of the Technics one.

What’s been added to the basic Technics design?

This is really the interesting part, and where we welcome back digital DJs who never owned Technics and frankly don’t care what’s different. After all, the Technics turntable was designed in the 1970s – that’s plenty of thinking time for changes. And we’re in a digital age nowadays. So what has Stanton included to drag the turntable into the 21st century?

This is, funnily enough, going to be the shortest section of this review, because the job of a DJ turntable is actually very simple: high torque, steady pitch and good tracking. Strip away all the frippery and what you want is a motor that holds its speed, a needle that holds the groove no matter what you’re doing to the record, and for the pitch, you set it at to remain where you put it.

The Stanton excels in all areas, equalling or better all competition. The extra torque actually took a little bit of getting used to, but in a good way. Stanton is known for its cartridges and so it’s no surprise that this turntable hugs the vinyl – I can’t fault it there. Sound quality is excellent too through all three outputs (line/phono and digital). Apart from that, there’s really very little to say. It just works – well.

If you just want a turntable for ripping vinyl with, spending this kind of money makes no sense – get a decent belt-drive (Stanton do a couple of good ones themselves). But if you want to add analogue to your set-up for actual DJing, you need a proper direct-drive turntable. For the digital DJ, who may only be adding one turntable to a home studio set-up for sampling or mixing the odd piece of vinyl rather than full vinyl DJ sets, you’re getting the best of both worlds here.

You’re getting a turntable you can practise on (because if you can use one of these you can use a Technics set-up in a DJ booth) but with key lock, digital out and line out controls enabling you to hook it up into your digital set-up in three ways. Add in the non-digital improvements (reverse, start/break adjustment, pitch adjustment up to +/-50%, the ability to play 78s) and it’s a no-brainer.

Likewise, if you’re going down the Serato or Traktor Scratch DVS route, there’s no sense in finding some Technics to buy instead of choosing a more modern turntable like this, as the added flexibility and features are so totally worth having.

The STR8.150 came out in 2005, which as we’ve learned in turntable years, is just about yesterday. Obviously sensing their opportunity with the announcement that the Technics decks have been discontinued, Stanton has stepped up marketing on this product – and with good reason.

Because in short, with the STR8.150 Stanton has future-proofed the turntable. Whether in DJ booths being used for Serato or Traktor Scratch control, or at home to complete an all-media home DJ studio, this turntable takes up where Technics left off. As far as turntables go, the next 30 years could well turn out to be Stanton’s.

Do you own this turntable? Are you looking at buying a digital turntable? Do you think it’s important for digital DJs to be able to DJ on turntables? Let us know your thoughts in the comments below. 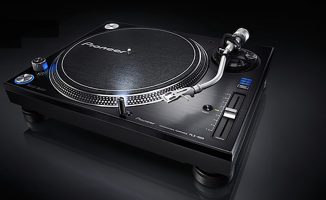 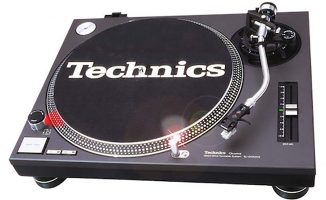 Over To You: What DJ Record Decks Should I Buy?