Over on music blog InfiniteStateMachine.com, writer Aidan O’Doherty has cause a bit of a stir by musing that 41-year-old second-wave Detroit techno luminary Carl Craig “is living off his name and past achievements while melding into the commercial end of dance music”. The blog has singled out Carl Craig because he happened to have played in Dublin, where the writer lives, just recently. It goes on: “It must be so hard to maintain your ‘A game’, remaining cutting edge and still retain your love for the music, especially when the gap between you and your audience becomes bigger and bigger in terms of age and outlook.”

This is of course just one person’s opinion, but it raises a broader question: Is there a natural age limit for DJs? Because the truth is that there’s a whole generation of revered club DJs who came through in the 80s and 90s who are no longer new blood, not by a long shot. Pete Tong, David Morales and Carl Cox are around 50 years old now, and Tïesto, Sasha and Hawtin are around 40, to name just as few.

Do artists lose something from their creativity just because they’ve reached a certain age? Or does their wisdom, experience and longevity give them something thast younger DJs don’t yet have? If you’re fit and healthy, is there any reason at all to stop DJing, whatever your age?

Do DJs have to be clubbers too?

Part of the argument goes like this: If you’re too old to go clubbing, should you really be DJing? “In my part of the world,” continues Aidan, “attending clubs is seen as a young person’s game – people in their thirties (and above) have other priorities in their lives: mortgages, kids, impending doom and debt. No longer care-free and full of boundless energy. Mustering the wherewithall to go to a club until the wee hours seems like a Herculean task.”

But does that have to be the case? Certainly it isn’t like that everywhere. In Spain, for instance (where Digital DJ Tips is based) if you can hack the pace, you’re overwhelmingly welcome – whatever your age. Statesider Myron Brown reports: “In NYC these days, you go to some techno parties, a good portion of the crowd are in their mid-30s or older. Heck go to soulful house parties and you’ll be partying besides people who went to the Paradise Garage (the Garage closed in 1987) who still go out regularly.”

And even if a DJ or producer who is getting older doesn’t automatically head out for a full weekend of partying every week by default any more, is that such a bad thing? Once you’ve learned the thrills of the dancefloor, do you suddenly forget them when you stop, meaning you can’t DJ any more, just because you’re now filling your time with other things? After all, not everyone spends years clubbing. Many people grow out of clubbing quite quickly, while falling profoundly in love with the music for much longer. “When I was probably 22 or 23 I can remember being out at a club thinking ‘I would rather be at home making tunes or playing records’,” recounts one reader in the comments of Aidan’s post.

And Jeff Ross, a 35-year-old Dallas-based EDM producer, says: “For me, the mental vibe hasn’t change so much as the tempo. I find myself getting into different styles of music, whether it deep house vs techno or live music vs electronic. My studio has become my club and I will always be interested in music, but my interest is always changing.”

It’s not just about the DJing

Apart from producing, DJs can give so much more back to the scenes they came from. As well as producing music or running a record label (like Carl Craig does), experienced DJs can curate radio shows, set up agencies to manage new talent, teach, write about DJing – there are so many imaginative ways for lovers of dance music to keep adding value to our culture, apart from DJing or partying every weekend.

Of course, if the money’s there, and it’s what you’ve always done, it’s easy to understand the temptation for DJs to continue even if, hand-on-heart, they’re not “feeling it” any more. London-based acid house innovator Danny Rampling was courageous enough to actually announce his retirement from dance music for just this reason a few years back – only to return 18 months later because he realised it was all he wanted to do.

Apart from DJing, Danny now teaches, having written a book about how to DJ. He’s currently touring universities sharing his wisdom and knowledge about DJing and the music industry with a new generation. He’s a good example of an older DJ giving back in different ways.

Then you have a phenomenon that we’ve noticed by talking to our readers here at Digital DJ Tips – and that is of the old school DJ who made the decision to hang up the headphones a few years back and is now DJing again thanks to digital technology.

The story goes something like this: A DJ from 80s/90s who played seriously for a few years back then, maybe for a livng, maybe for money on the side, decides to give up. That room in the house with decks and mixer in it plus a wall of vinyl, record crates and associated cases, stands and paraphernalia is suddenly kind of in the way, what with limited space and newly born family members needing bedrooms!

Plus the time to hang out in the record shops and put in the practise to keep the skills at top notch is just not there any more. And the day job/career is looking quite interesting too. He (or she) basically make the decision to sell up and move on from DJing.

But roll forward 10 years and complete revolution has happened. These same DJs now see that you can have all your music on an iPod no bigger than a packet of cigarettes. That you can buy a DJ controller that’ll do everything your decks did and a load more besides, and put it away in a drawer when you don’t need it. And that you can audition, curate, buy, trade, hell even make music, from a 13″ laptop anywhere and any time you get a chance to. Digital DJing, in other words, can fit in with their lives as 30 and 40 somethings in a way that vinyl DJing couldn’t even when they were still in their 20s. They’re like kids in sweetshops about it, all over again.

So alongside the new breed of digital-only DJ/producers, this older generation of DJs are just as enthusiastic as the younger jocks, because they’re high on the same mind-blowing advances in technology too.

Maybe the truth is that because the late 80s (in Europe, anyway) were a “ground zero” for the current wave of popular dance culture, the scene was we know it was born then, and is simply growing up. I mean, you don’t have the same conversation about the best rock artists, many of whom produce their best work as they age – even if there are often patches of mediocrity between times.

And the fact of the matter is that when demand dries up, artists stop being able to make a living doing what they do. If Carl Craig can tour his Planet E record label around the world 20 years on, and fill clubs DJing, why shouldn’t he?

Are you an older DJ who’s still “loving it”? Have you got into DJing “late”? Or do you agree that DJing and clubbing are essentially a young person’s game, and that the old school should move aside and make room for young blood? We’d love to know your thoughts. 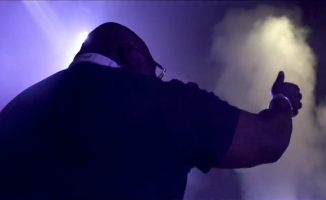 From Vinyl To The Kontrol S8: 25 Years On, Carl Cox Still Rocks! 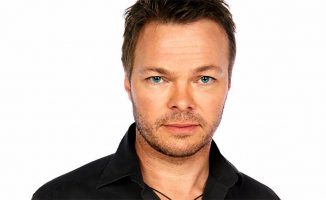 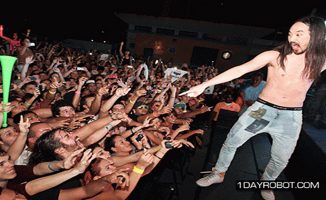 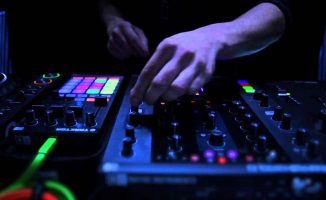 Your Questions: Can A DJ Have More Than One Style?