Several readers have asked about keylocking recently. This is typical, from Max in Serbia/Montenegro: “I know what keylock does and how it works but I (and a lot of other DJs) have no idea when I am supposed to use it. If there are certain guidelines or ‘rules’, it would be awesome if you helped us get educated about that because there isn’t much info about it on the net.”

If you’re one of those DJs who always looks at that little “keylock” button but feels unsure about how or when to use it, this is for you:

What is keylock?
Keylock fixes the pitch of a tune while letting you alter the tempo, stopping the tune getting deeper and deeper as you slow it down, and stopping it getting whinier and higher-pitched as you speed it up.

What’s the point of it?
When you beatmatch two tunes, if one of them is sped up or slowed down too much, it might sound “wrong”. This returns it to its original pitch while still letting you play it faster or slower.

How does it do it?
It uses your computer as a digital sampler, processing and resampling the tune on the fly and feeding it back with its pitch returned to how it is when played at the correct speed.

So I should just leave it switched on then?
Some DJs do, but the problem is that the work needed to “return” the tune to its original pitch can degrade the sound quality. It happens most when you deviate a long way from the original tempo, so keylock works best when you’re mixing tunes that are close to their original tempos – say, no more than + or – 6% – and with simpler material. Use your ears to judge.

What’s it got to do with “harmonic mixing”?
Harmonic mixing, aided by key-tagging software such as Mixed in Key, is when you mix together tunes that are in the same or related musical keys, for smoother, more musical sets. Every tune has a musical key, but when you alter its speed, as we’ve seen, the pitch and thus the key alter. So if a tune is in the key of C, and you move it up in tempo, it is no longer in C. It may be in C#, or D, or E etc – or just as kiley, between two of these keys. Thus if you were mixing it with another tunes in C, it would sound wrong. Keylock “returns” it to its usual key, making this kind of mixing easier.

So should I use it?
If you’re doing harmonic mixing, broadly: yes. If you’re mixing music that sounds too high or low because you’re deviating from its original pitch too much: try it, but keep an ear on the quality. One tip here is to use it to mix, but as soon as you’ve mixed the tune in, slowly return its tempo to 0% using the tempo slider, then turn keylock off – this will return the sound quality to 100% but still allow you to do the mix you wanted.

Can you do harmonic mixing without keylock?
Yes, but it’s much harder. Best is to use all tunes around the same BPM, but also, every time you add or subtract 6% of a tune’s tempo, you move up or down one semitone (note), which also changes the key to one higher or lower. So a tune in C moved down 6% is now in B. Knowing this, even vinyl DJs can mix in key, as long as they know they keys and BPMs of all of their tunes.

Next week, we’ll look more closely at harmonic mixing, so if this is something you’ve always wanted to have a go at, play with keylock in the meantime and we’ll get you going on harmonic mixing next Friday.

Do you use keylock? What are your experiences with keylock and sound quality? Let us know your thoughts in the comments. 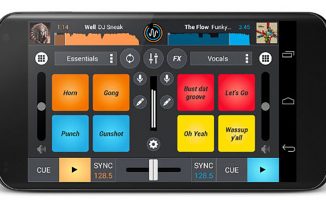 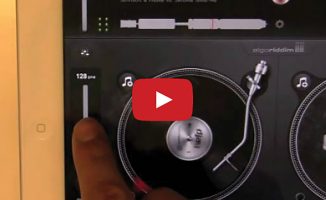