Today’s topic is probably the biggest reason why I started writing this series. From the dawn of email right up to the current age of social media, online promotion has become the single most used and effective means for DJs, promoters, and artists to market their music, mixes, and events. Unfortunately, the flood of amateur marketing “experts” has created many annoyances. Identifying best practice and learning to avoid the rookie mistakes that over-eager and under-experienced people often make means you’ll be able to rise about 90% of DJs who try their hand at online promotion.

So we’ll start by looking at best practice, then at some of the methods you may want to consider using to promote yourself online.

Stop being annoying online!
We’ve all seen it, the guy who endlessly posts his event every hour on the hour on Facebook, or he invades your wall and posts the event the way he used to post it on your Myspace page, if you had one. He’s the guy who practically sends out an email every day a week before his event, and all you want to do is get him out of your life. Despite the fact that I am a DJ, I’ve actually worked very hard now to get promotions out of my life. On Facebook I have a long event block list for people who invite me to every event they throw on a regular basis, and will even hide all the wall posts of those who post nothing but event and mix information (here’s how you can do it). I’ll press “Report Spam” when I see hype in my inbox or even in my actual email. I don’t tolerate it at all.

I’ve learned through experience that my disdain for annoying promotion folk is shared by many out there, but yet some wonder how you can promote something online without annoying people. How you can get results without being a problem? Some simply don’t care and just do what they think works… and they wonder why they get banned from said sites or even have their email blocked on whole domains. Which brings us neatly onto the next point…

Engage people, don’t lecture
This is the key to effectively using online methods to promote yourself. Look at people who are very popular on Facebook or even Twitter. Look at how they post and what they post. They all engage their audiences and not just post marketing messages. Jeff Jarvis is probably what I’d call a guru of social media. I read his book What Would Google Do?

a long ago and learned what it means to engage your audience, and why you should do it. Imagine you’re following a DJ and he is posting links to his blog, other blogs, music to listen to, photos, free downloads, event invites, funny links, and he even will post statements that lead to conversation. Wouldn’t you end up listening to that DJ over the one who only posts event information and mixes? I know I would.

The key to building a strong following online is to engage them, converse with them. Make the promotional bit sit on the side and thus slide in effortlessly amongst the conversation. People will be more inclined to listen. Let’s use Digital DJ Tips as an example. Aren’t we all more inclined to read and click on this blog’s links when they’re posted them on Facebook or Twitter? (I humbly hope so! – Ed) The reason is because Digital DJ Tips tries to engage us, and brings value to its social media presence. I’m currently working on my own in the same way.

OK, now we’ve got a few ground rules out of the way, let’s look at three big method of promoting yourself online:

Since the late 1990s, email has been a highly effective means to reach audiences. Even with social media being the most popular online communication means now, email is still not out of the picture. Before I redid my website, I would take email addresses for a database. Up until the last day of that old site, I still had people handing me their email addresses.

If you want to use email as a marketing medium, you need to do it legally. In the past there were no rules, but now the FCC has a say, and ISPs can even block your email address or domain name from their entire email servers if you get enough complaints. Believe me, I once had any email with “d-jam.com” on it banned from AOL. That means I couldn’t even email friends who had an AOL email. (Thankfully I fixed it.) I personally don’t use email any more, mainly because I myself send any and all promotions to my spam folder. It doesn’t mean I block it all, but I only want to receive messages I want to read. That’s the key.

In the past, people harvested emails from other messages sent. That means if DJ John sends a massive email from his Hotmail account and puts all his friends in the “To” line, DJ Dave could then take them all from the email he received and then use them. This is now illegal to do, and enough complaints could end up seeing the FCC fining you. Don’t ever harvest email addresses. Get them legally.

Don’t ever harvest email addresses. Get them legally. Ask for them, put a form on your web site, whatever. You don’t have to necessarily prove you got them legally, but you still should not steal or trade email address lists. Complaints from users and people pressing “Report Spam” is how the FCC and ISPs find out. If you get the emails legally and voluntarily, then no one complains and it means those are people who want to hear your message.

In terms of what to say, that’s up to you. If you have a regular blog, giveaways, event information and so on, then send weekly emails as a newsletter. Use a service like Constant Contact or even if you have a website, see if the hosts offer email marketing solutions. Don’t use your regular email because you’ll just get into trouble.

Use branding and lay out your email in a simple manner that people will recognise and therefore be more likely to read.

Social media is replacing email in the eyes of many, and millions check Facebook more than their own email account. It used to be just Friendster and Myspace, but now we have a plethora of social media destinations to choose from. For most DJs, I’d say you should definitely have a Facebook Page (not account) and a Twitter account. That’s the basics. Expanding from that would be accounts on MixCrate and the various other mix-hosting services as covered in the Digital DJ Tips article 5 SoundCloud Alternatives For Hosting DJ Mixes.

If you’re of a certain ethnic origin and have ties with your country, then also get on those smaller, various social networks popular in those countries. Examples include Hi5, Bebo, and Habbo. Last.fm, Beatportal, and Resident Advisor are also suggested if you want to chat and connect more about music, but they don’t work very well for promoting. SoundCloud is only good if you’re producing mashups or original tracks. YouTube is a definite if you can do video, even at home.

Location-based services like Foursquare and Yelp are only good if you can get specials like discounted or free admission to your events. Put up the special on those sites and then get people to check-in for the deal. Trust me, many will say they’re a waste of time, but if you suddenly show you can get hundreds to check-in, it’s undisputed numbers that can show you bring people to events. Definitely talk to people who book you and see if they might be interested in trying these effective means.

Why a Facebook Page as opposed to an account?
This is a debate I’ve had with many DJs and it’s still disputed. When Facebook created the Page feature, it was meant to be a place for artists and businesses to connect and promote themselves without a human being the figurehead of said business or brand. Many DJs and artists have complained how hard it is to get people to “Like” them on Facebook and thus follow their pages, when setting up an account and friend-requesting 5,000 people is much easier. Even the 5,000-friend limit has hit much protest from the same people, but I’ve seen enough accounts get banned to know a Page is the ideal means.

You have to get people to willingly sign up for your message. Friend-requesting them is merely pushing your message on them, and it’s why many DJs see themselves “cleaned out” of friend lists and even receive warnings from Facebook for spamming. If you can’t get people to willingly “Like” you, then it says how weak your brand is. This is what brought down Myspace and why you can’t “friend request” people on Twitter.

So what about Myspace?
Despite Friendster coming first, Myspace was the social media site that started the whole revolution. Unfortunately it’s fallen much since that former glory. I dropped Myspace years ago because I found that all I’d see was marketing hype. Promoters, DJs, artists, and companies all constantly emailing and posting advertisements. I suspect many did the same, and it’s why I don’t suggest Myspace as an effective promotional site. If you’re there, make use of it since it copies much from Facebook, but if not, don’t bother.

3. Promoting yourself with a blog

Blogging has become a very good way for DJs and artists to build notoriety on the internet. People like Phil, who publishes Digital DJ Tips, and Ean Golden at DJ Tech Tools have built up a large audience by their blogs. Others have blogs giving away free and legal music. Some just post articles and reviews for the fun of it, or even just talk about things on their mind in an editorial sense.

You can do it easily with a WordPress account, or on Blogger or even Tumblr. I’m actually building my own Tumblr blog outside of my own just to post an audio clip every week that I found. So I’ll get a promo or something and like it, thus I’ll post a clip and allow others to see what I’m into. You would be surprised how much this works. (Digital DJ Tips has a sister industry site, the Digital DJ Tips Newswire, which run on the Tumblr platform.)

You may have noticed we’ve not touched on your own website. That’s what’s coming next week. While social media can do a lot for a DJ, a website is still vital for the serious DJ who wants to grow.

Tune in next week and I’ll explain why and show you how easily can get a site built for not a lot of money.

• D-Jam is a Chicago nightclub and rave DJ by night, and a branding expert by day. Check out his website

How do you promote yourself online? Have you been the victim of online spamming by DJs or promoters? Please let us know your thoughts in the comments. 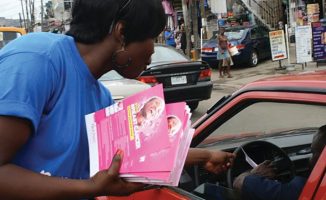 How To Succeed At DJing, Part 10: Hit The Street 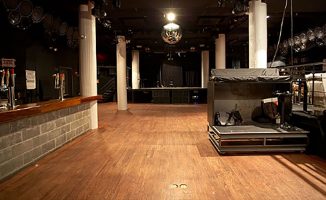 How To Promote Events & Throw Your Own Parties: Part 6