I’m not going to front. I’m a newbie to the DJ game, a newbie in his early forties. But I want to tell you what I already know: that if you get a gig in a bar, you should do everything you can to avoid being made to play from behind the bar itself. Here’s why:

A year ago, my first gigs involved me plugging my laptop into the bar’s stereo system, a system located behind the bar counter. At first, I just worked for booze. As time passed, I began receiving a percentage of bar sales. Plus I kept tips and still received free booze. Soon, I realised I was positioned in a bad spot. Because of my location behind the bar counter, bar patrons mistook me for a bartender. Also, because they were closer to the DJ, patrons sitting at the bar counter held the most influence on my music choice. Some nights this proved irritating.

For DJs who hate being treated like a jukebox, being located at the bar counter makes matters worse. Many nights, I’ve had counter sitters request song after freakin’ song all night… and who didn’t tip. Being a Wednesday night DJ, I would sometimes do a Friday or Saturday night. Sometimes, I would do both nights right after the other. Band cancellations caused this.

It’s important to be seen

A funny thing would happen on Fridays and Saturdays. Between 10pm and 12am, the bar would be packed. After 12am, patrons would drift away. Now the bar would be dead. The owner and I assumed it was the bar’s existence in a small town. Because Fridays and Saturdays are usually live band nights, I assumed patrons respected bands more than DJs. Bands rarely had problems with the bar going dead, unless they really sucked. Also, I secretly wondered whether my skills had anything to do with it.

Because of another band cancellation, the laptop and I contributed another Saturday night performance. This night was different. As I entered the bar, I noticed an amp on the stage. To this, I hooked up the laptop and an old floor speaker the bar owned (yes, this was ghetto). Still, the ghetto sound system caused an unexpected response from bar patrons. Unlike my previous Friday and Saturday nights, bar patrons remained in the bar past 12am.

From that point on, my nights remained onstage. I plugged a mic into the bar’s only instrument amp. That’s how I made announcements. I still do it that way too. Every since I moved onstage, attendance for my nights increased. During this time, I found another bar, a place I currently DJ every other Sunday night. At this spot, the laptop and I are located at the bar counter. And I hate it. As before, people sit next to me and attempt influencing my music choice. A gig does not go by without this happening.

Also, I’ll never forget the night some drunk women kept feeling all over me. Oh yeah, poor me, right? Boobs and booty grinding against me, and I complain. But the thing is that first, drunk women do this to influence your music choice, and second, I just can’t concentrate with all this going on…

Why digital DJs deserve the spotlight

A good digital DJ is not just another laptop idiot. They are the evening’s entertainment, the reason a bar patron decides to order another drink before going home. Also, they’re the reason booty shaking begins. If a booth isn’t available, these are the reasons why the digital DJ needs to be onstage, and nowhere near a bar counter. True enough, many of us own nothing more than a laptop and an external hard drive, but we still deserve the same respect as bands and vinyl DJs. A talented digital DJ brings the bar more money than it would have seen that night, even if the bar didn’t make a lot of money compared to other nights.

So my advice to my fellow digital DJ peers is: If you can avoid it, resist setting up at the bar counter. My short experience proves why. Onstage, I gain respect. At the bar counter, I’m treated like just another laptop idiot.

Are you a bar DJ who’s got to DJ from behind the counter? How do you think it affects the audience? How does it affect your DJing? Let us know your thoughts please in the comments. 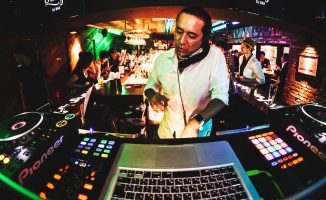 Your Questions: How To Convince The Bar Owner To Give Me More Gigs? 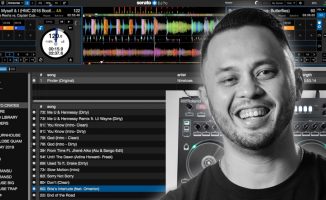