One of the thoughts that usually races through a DJ’s mind at a certain point when playing an important set is: “What do I do about playing my best tunes? Do I start with them now, or is it still too early?” Knowing exactly the right moment to unleash musical fury onto the dancefloor (or foot-tapping, sing-along music in a cocktail bar) requires a combination of intuition and experience, and is something that can separate a good DJ from an average one.

That’s why I always tell people on the floor who come and request a peak time track at the very start of the night that DJing is much like having sex! You should never release the energy too fast at the start of the act…No, the job is to shape and build up the energy, tease, build some more, wait until exactly the right time and only then pull out all your, ahem, banging tracks that make the whole dancefloor bounce up and down, whooping in excitement. People can literally be running from the bar to the floor to hear your set at that point!

Peaking too soon
Putting on your best dance tracks at the start can leave you feeling depleted by the end of your set, having run out of energy-boosting tunes. People will leave with the memory of few people dancing, you looking lost in your booth and the promoter or owner shaking his head.

Rarely should a DJ puts on his on her peak dance tracks at the beginning. The only exceptions are places where you’ll need to arrive and play your top tunes earlier than normal such as bars and clubs where people are already in the mood as soon as you arrive (typically, for pub and bar DJs right after a raucous happy hour full of groups of friends), or if you start your set late.

In all other cases, you’ll build to the boiling point only after first warming the crowd, shaping your set and waiting for the right time to release the beast.

The feeling of having run out of decent dancing tunes to play with an hour left of your set is not a good one. The last thing you want to give people is an anti-climax just before they leave.

Peaking too late
On the other hand, the problem when peaking too late is that you may never really get the dancefloor going. People might even leave the venue before you get warmed up. Many DJs who fall into this trap do so because they’re worried they won’t have enough tunes to last them through a long set.

If this is you, what you may find is that once you play a decent tune that people enjoy, seeing them enjoy themselves gets you more into the atmosphere and you’ll start pulling out tracks you’d never have thought of playing five minutes before, because you’re relaxing and enjoying yourself and getting a whole load of new ideas from their reactions. Seeing people dancing is infectious and should bring out the best in you.

OK, we’ve established there is an optimal time for peaking during a night and it’s not always the same time, as it depends upon the venue, the people and the atmosphere on the night. So how do you do it?

Well, if you’re the main DJ that night, your place is full and you are wondering what to do, a good rule of thumb is to start peaking just after half-way through your set. This is the safe zone, between half and two-thirds of the way through the night. You should have enough tunes to keep mixing at high, energetic tempo until about 15 minutes before the end, when you’ll be looking at wrapping up with more emotional closing tracks.

If you’re confident you’ve prepared your tracks well, then you’ll have enough good tunes to fuel you through a long two or three hour set of people dancing, and you’ll hopefully be able to keep them jumping around until the end.

The trick is to be open and flexible about this and not use it as an unchanging rule. You make the rules on your night. Obviously if the place is almost empty, you won’t slam out your hottest tracks and dance away on your own in your booth if no-one else is in your bar or club just because it’s halfway through the night! Wait at least until there are people who want to enjoy themselves there. (At least in an empty club you’ll spot them when they arrive… ;))

Keeping them there…
Another task is what to do once you’ve got them there. I like to create “waves”: play four, five or six stomping tracks in a row, then slow it down slightly with a more emotional track of a different style that will send some clubbers away from the floor but bring others onto it.

A track or two later you can build up again to create to another climatic dramatic sequence of dancefloor fillers and get people going crazy once more. Repeat and rinse this process until you’re near to the end of your set.

My five tips for perfect timing…

• Matt’s a DJ living in Paris, France. He’s one half of electro duo Sao Paulo Punks and runs a DJ blog too.

Have you every peaked too early or too late when DJing? Have you had to change your set structure totally because the crowd were totally different to what you expected? What are your tips and secrets for getting this right? Please share them in the comments with us. 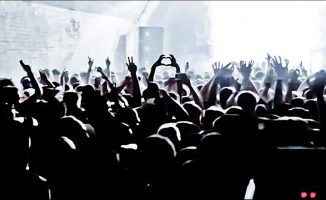 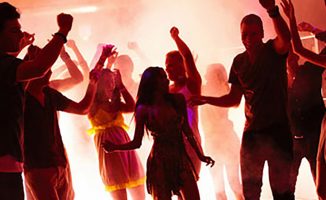 Over To You: How Do I Find Songs That Go Well Together?