In the first two posts in this series, D-Jam looked at how to get fans on Facebook, and how to keep Facebook fans coming back. In this final part, we have a real life example of an unknown DJ who went from 20 to nearly 150,000 fans… in just a year! Don’t believe it ? Check out Eski’s Facebook Page. A year ago, Eski – who was completely unknown as a DJ – emailed 20 friends and asked them to Like his new page, a place where he posted his trance mixes. What you see on his page has all happened since July 15, 2010. We caught up with him to ask him how he did it…

So Eski, your story is obviously an extraordinary one. Why did you do it, and how did you get started?
Well, I work in marketing as a profession, and I was always telling people to get into social media. Thing is, I often couldn’t get them to commit and I realised it was partly because I couldn’t point at solid proof. So I thought, who better to prove it than me? That was the initial drive. I decided to launch a page based around my DJing after a few drinks one night!

And why did you go for trance mixes?
Well, you need to do something where you can create lots of valuable content. To produce lots of content that others will enjoy, you need to be passionate about it. I love trance (I like techno, and deep house, and other music too, mind), but to be honest also there is the #trancefamily hashtag on Twitter that I thought would be a good audience to tell about my mixes in the beginning.

But most importantly, I knew I could create the mixes! If you don’t create interesting stuff, people will go away as quickly as they came. It could be recipes if you’re a cook, or exercises if you’re a gym instructor. For me? DJ mixes was the natural choice.

How much work have you put into getting your 150,000 fans?
Loads! I work full time, and I come home and do maybe seven or eight hours on this as well. I don’t sleep – I’m hyperactive! There are no short cuts in that respect. It’s about effort – you get out what you put in.

But of course, you need to know where to put the effort in. What is the one big secret technique, if you like, that underpins the success of your page?
Targeted advertising on Facebook. I used my own money to advertise my page with a simple “trance mixes” ad. But you need to know what you want first! Do you want a big audience in your city? In your country? In the whole world? Are you a bedroom DJ who wants feedback so you can get better, or do you want a fanbase so you can tour in other cities? Because the answer to these questions can help you decide who to target on Facebook with your ads.

If you don’t target carefully, ads can be very expensive. But if you do, and if you think through where your audience may feasibly be and where you may find people who maybe don’t cost as much to target, you can still get what you want out of it without spending much.

If you want thousands of people listening to your mixes, labels sending you promos, big DJs you admire getting in touch with advice and support – well, you can get all of these things through doing what I’ve done. I know, because they’ve all happened to me.

So you buy advertising, but you think hard about who to target and where they may be in order to keep the cost down?
Yes, exactly, But it all comes back to content. If you put good stuff up, people will do your promotion for you. They’ll tell others! But if you don’t, they’ll come once and not return – so you’re not getting a return on what you spend. So again, there’s a big investment of time and lots of dedication needed.

Some people say it’s about them usic, not about promoting yourself…
Yes. Some DJs think it’s somehow selling out to advertise, but for me, it’s a way of getting people to hear your stuff. I don’t buy the argument that you lose integrity by advertising yourself.

How to handle your audience

New DJs may be scared of getting criticism – they may think they’re not good enough, or one wrong word will knock all their confidence. Do you get haters?
Yes, and you can’t let it get to you. I don’t remove criticism from the page. I don’t allow racism, sexism, bigotry of any kind in fact, or religious debate, but I leave the rest. You have to remember you have far more fans than haters. The important thing is to never get aggressive or rude, even to people who behave that way to you.

We have a rule on this blog that if you’re not polite and constructive, your post won’t be published, or will be removed. Why not do that?
Because on Facebook, you can’t control who comments – and if you start removing people’s comments, they come back! When your page grows to a certain size, often the rest of the fans will do the defending on your behalf anyway.

But speaking of how you behave towards people, it’s also crucial that if people take the time to thank you, or reach out to you, or praise you, even in other languages, you should go the extra mile to contact them back. That means being natural and being yourself, too. Don’t try and be something you’re not, put on an act, be clever. Just be you and enjoy yourself. Being genuine and authentic goes a long way in social networking.

So I’m interested that you seem to be saying there’s a big world out there. Do you have lots of non-English speaking fans?
I do, and I’ve actually learned other languages to an extent through all of this – I’ve learned bits of Spanish, for instance, because I have lots of fans in South America. One tip is to have conversations with people using Google Translate and other language tools – I firmly believe that in today’s world, language needn’t be a barrier. Also, English is a lot more understood than spoken, so that is something to bear in mind.

So what would you say to the young, passionate DJ who does, say, a mix a week and wants to start getting a following?
I’d say just try it! You can spend a dollar a day and get results. You’ll learn fast. If you mess up, you’ve not got enough of a following for it to matter. If it works, you’ll get famous! So what have you got to lose? Don’t spam other people’s walls, instead build an audience naturally by offering valuable stuff.

And like I say, know what you want to achieve, and be prepared to put the time in. Lots and lots of time. Like anything, success takes hard work.

So do you think you’ll be able to carry on putting the time in?
Well, for me it’s kind of done what I set out to do – it’s exceeded what I set out to do! From this I am now lucky enough to be working with some pretty large DJs helping them to get results, I have some exciting social media business plans, and I’ve launched and funded The Cartel – a self-regulated network of talented young DJs.

Realistically I think the Eski page can’t carry on taking as much of my time – but I think I’ve proved my point with it!

• Eski lives in Singapore where he works as a marketing professional and is about to launch his own social media business. He launched and runs The Cartel, a popular Facebook Page helping talented young DJs and producers to get the audience they deserve. When he gets time, he likes to DJ a bit too…

Have you been inspired by this series to up your game on Facebook? We’d love to hear your own stories below. 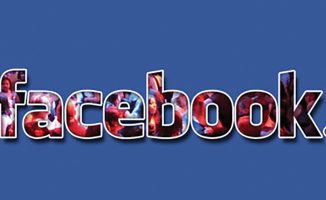