Pioneer has signalled its intention to take on the rest of the digital DJing market hard this Christmas by teasing a brand new two-channel controller, as this new video reveals. The controller was first leaked by Pioneer Japan this week via their Twitter account, and as can be seen clearly in the video, is a direct shot across the bows of the Traktor Kontrol S2.

The platters (let’s forget about that logo for a second, I’m really not sure about the aesthetics there!) have the Pioneer LED rotating lights within them (as in the company’s own DDJ-T1 and DDJ-S1 controllers). The design borrows elements from the Numark NS6 and the stylish Vestax units, especially that company’s Typhoon/Spin, and now-aging VCI-300. It also appears to be somewhat Apple-esque.

It remains to be seen how good the build quality of the unit will be – if it were as good as the aforementioned VCI-300, for instance, it at first glance would make an attractive pro compact unit, but if it were in to-budget plastic, it would appear to be more aimed at straight consumers.

So what software will it run? One line of speculation is that the big manufacturers will want to break away from Native Instruments and launch products with their own software, and it wouldn’t be the greatest leap for Pioneer to re-engineer its existing Rekordbox library software into standalone digital software for controllers. It’ll probably be Traktor, though.

Really though, we have no insider details other than what you can see in that video. Maybe we’ll find out more at BPM this month.

• Pioneer also announced a USA price drop this week on its DDJ-T1 and DDJ-S1 controllers, down to US$899 and US$999 respectively.

What do you think of this unit? Do you know more than us about it? Care to speculate? Let us know your thoughts below! 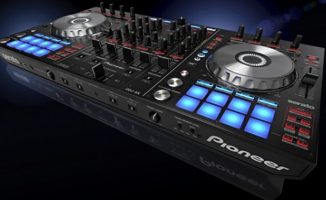 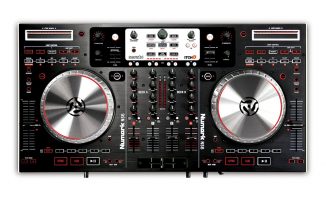