If you ever needed proof that the “newest is best” mentality has firmly arrived in the DJing world, BPM 2011 today would have given you what you were looking for. While DMC scratch champion DJs larged it up on timecode vinyl using their trusty Technics, the kids were interested in something else: the latest entry-level DJ controllers. And there was plenty for them to see… From Pioneer’s new DDJ-ERGO, which with its flashing blue and red jogwheel lights looks more like a “no small parts, suitable for children over the age of three” toy than a DJ controller (quite deliberately, I might add – I’m not saying anything here that Pioneer didn’t intend for the product), through to the slimmed-down Native Instruments Kontrol S2 (review on Tuesday), even to Allen & Heath’s new affordable K2 devices, the consumer/DJ was being courted royally by all the main companies. And their target audience were there in their droves too, lapping it all up. Kids in sideways caps doing impossible-sounding (and often equally impossible to listen to) beat-juggling tricks on toys no bigger than Xboxes; portly 30-somethings taking the opportunity to clap their eyes first hand on the digital gear they’d been meticulously researching of late, edging ever-closer to that first purchase; 12-year-olds about whom it was debatable whether they had dragged their parents along or whether their parents had dragged them.

It was an excellent spectacle. But strip away the flashing lights and this year’s colours, and there were one or two innovations that will gather speed as they find their place in the market. The new Serato DJ Intro blinked from many screens where in the past Traktor or Virtual DJ might have done. The Novation Twitch – genuinely innovative (and also small and relatively cheap, which doesn’t harm) – was present on many stands, and gathering a lot of curious attention. Allen & Heath’s Xone:DB2 is an expensive-looking mixer that feels good value even at the price (£999). The new Zomo controller (article coming soon) puts digital control neatly underneath a Pioneer mixer, complete with built-in sound card. And the Vestax VCI-400 is possibly the best proportioned, most solidly made four-channel DJ controller yet. But the 12-year-olds and sideways cap kids – while being perfectly respectful towards the scratch DJs, the expensive pro gear and the droves of second-tier companies showing off us-too gear – had something else on their mind: good value, exciting-looking entry-level controllers. And woe betide any company that didn’t have something to show them.

The only thing boring was the music, as cliched electro-house and long-since-classed-as-pop dance records pounded from every stand’s soundsystem. Even Grandmaster Flash, playing a set in the main arena to close the show, was pounding out ten-a-minute 80s hits as we headed for the door. Where every soundsystem bleeds into every other and people’s attention-span is as long as it takes to walk past to the next stall of tech eye-candy, it’s perhaps not surprising that music takes a back seat. I just hope that all the kids ogling this year’s controllers get their new purchases home and start concentrating on programming great DJ sets rather than looking forward to next year’s BPM, when they will get a chance to change them as quickly as they change their mobile phones. We’ve come a long way from saving up for your Technics and treasuring them for decades, that’s for sure. • Coming tomorrow: A round up of booth-babe pictures, some in-detail gear previews, and more ramblings from the front line. 😉 Were you at BPM? Have you been reading our coverage? What has caught your eye? Let us know in the comments. 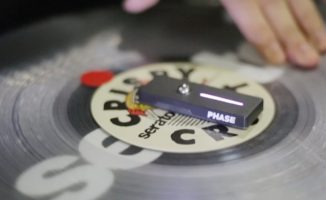 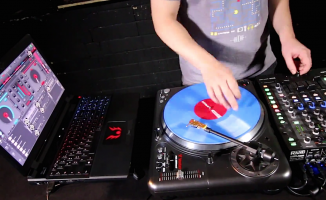 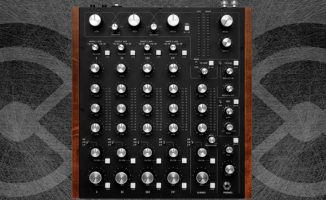 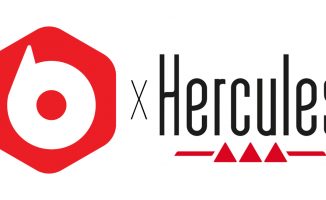 Get Over 50,000 Songs When You Buy A Hercules Inpulse Controller