One golden rule of DJing is that if you send them home singing something great, a strange thing happens: Ask anyone the next day how good the music was the night before, and most will remember the night as if every track played was solid gold!

Picking a fantastic end of night song that has people hanging from the rafters and beating down the DJ box door to try and get you to play one more is a surefire way to boost your DJing credibility, and to get everyone from the doormen to the management singing your praises.

Many years ago, of course, it was expected that at “discos” the night would end on a slow number for couples to get smoochy to, and in a lot of mobile gigs and at weddings it often still is! But nowadays, especially in DJ-led venues and at cooler bars and lounges, you have free reign to try something a little more create than just, y’know, Whitney Houston. So here are seven ideas for making sure the last song at your next gig sends them home singing (your praises):

1. Something old – You might be expected to play current hits, upfront stuff, modern remixes, the latest sounds… if so, that makes this technique all the more powerful. Just rip one of the biggest hits in your genre from the last few years out of your box, and watch the dancefloor catch light
2. Something new – Save the very, very best new record in your box until the end of the night. If this week you’ve heard a new song that made your body hair stand on end, sent shivers down your spine, had you screaming “what’s THIS?!?”, then discipline yourself and save it till the last record of the night. You’ll be glad you did…
3. Something in a different genre – When I used to DJ late-night techno sets, I liked little better than at 6am – just as the sun was peeking through the skylights in the club and when the dancefloor was full of just the hardcore all-nighter people – throwing on a killer drum & bass record to close the night. The rush caused by a change of genre after two hours of relentless 4/4 beats never failed to blow the roof off
4. Something you’ve already played that everyone loved – People don’t expect the DJ to play the same song twice (well, in good venues they don’t anyway). So acknowledging one particular song that went down really well in your set by playing it again at the end will surprise and delight your dance floor
5. Something at a different tempo – If you’ve been playing 128bpm house all night, dropping to a 118bpm tune to close the night may be just the ticket to get tired legs back on the floor for one last dance. Conversely, if you feel the DJs and the tempo have all been a bit too laid back, upping the tempo a little at the close can inject some much-needed excitement before everyone is sent packing

6. A surprising mashup – Injecting some humour, or something unexpected, by playing a mashup can be a great way of getting people interested in proceedings again for one last dance. Especially if it’s a mashup featuring a couple of popular records in your scene, and especially if you’ve played one (or both) of them already…
7. More than one last record – This is one of my favourites. Instead of stopping five minutes before the end of the night, stop 15 minutes before. Most people won’t bother to check their watches and will think it’s 5 minutes to the end and you’re going to play one more record. Instead, you can now play three more. So take your pick from the six categories about and really go for it!

Of course you can combine any number of the above, choosing a mashup featuring an old song at a different tempo, for instance. Do this and watch the multiplier effect kick in…

How do you like to end the night when you’re DJing? What’s the best and/or worst example of this you’ve ever heard? Please let us know in the comments. 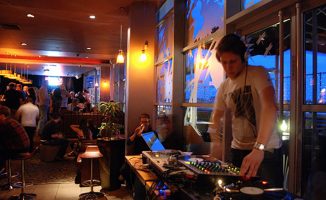 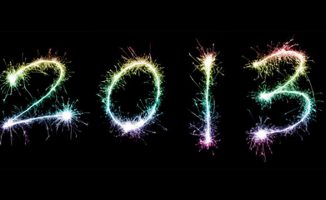