The unit can be used for DJing in the following ways:

Let’s take a closer look at what appear to be the most innovative features of the new hardware/software combination:

Pioneer has Rekordbox, software that allows USB digital DJs to prepare cues, loops, tags and playlists and get their sets ready on USBs to just turn up and play at the club. Many DJs have taken this workflow to their hearts, especially the older generation who see the advantages and the link with DJing the way they used to do it.

However, for newer digital DJs, used to having a screen in order to access further features, Rekordbox prepping and then USB playback can seem a limiting option. And Rekordbox is not exactly known for its speed, either: It has somewhat clunky and slow search which is evident as collections get larger.

Denon claims its new Engine software is “quick” and “efficient”, even on lower-specified computers. (This appears to be the company stating that the software solves the Rekordbox speed issues.)

Yes, you can DJ with your laptop attached

Hang on you might be saying, the PC attached? Yup, this software allows you to turn up with your laptop and plug it in, just like you might plug in a laptop running other DJ software, and then use the SC3900s with the software direct. Engine utilises the SC3900s attached to perform much of the powerful work…

But Denon goes further and says that Engine actually utilises the DC3900s attached to perform much of the powerful work, leaving the laptop with less to do, hence ensuring it all works smoothly.

This is something no DJ software that I know of does with any hardware, and it will be interesting to find out how exactly the workload is shared across the computer / attached SC3900s, and to see how much of an improvement this typically offers.

There’s also an iPad version of the software that works in a different way again. If I’ve understood it correctly, here’s how this particular feature works:

You turn up at the club with a USB containing your music. You plug this in to an SC3900. They’re networked together so the music is immediately available to other players on the network. Pretty neat, but pretty usual for decent cross-media players.

Now, you whip your iPad out and power up the Denon software. The iPad allows you to “manage, cue and play” music across the Denon players wirelessly.

As the music itself isn’t flowing across the network, only the controls, you’re covered if the networks drops for whatever reason, and the iPad is therefore best seen as either a big, interactive screen (bigger than any you’d ever be able to fit to a media player), and a remote control device. This appears, therefore, to offer USB DJing with some of the benefits of digital DJing brought back to the table.

Anyone who’s ever used the predecessor to this player, Denon’s SC3700, will know that the platter and vinyl emulation are spot-on – now with DJ Switch endorsing it, that’s beyond reproach.

But with the SC3900, Denon has tried to be all things to all DJs. You can use it with your DJ software, your DVS without the need for timecode, pre-prepared sets on USB sticks, USB hard disk libraries, your music on your laptop via the company’s own brand-new DJ software (Engine), and even with your iPad and USBs combined, for what potentially could be a “best of all worlds” set-up.

So who are these bad boys aimed at? For the ultimate DJ set-up anywhere, these are clearly contenders. For big touring DJs with their own gear, they’re going to be a pretty tempting prospect. For the money-no-object hobbyist, likewise (we’ve no word on pricing yet). And for power users frustrated with the limitations of USB DJing via Rekordbox, there’s now an alternative.

I think Denon’s aim is higher, though. While Pioneer won the CD age in DJ booths with its CDJ-1000, and plainly intended to do the same for the digital age with its CDJ-2000 cross-media players, it’s not quite cut and dried yet – and it looks like Denon has seen its opportunity to stake a claim to the post-CD DJ booth (the CD player on this unit, more than ever, really does feel like a legacy mode).

It’s not hard to see that what the company really would like is to become the standard for digital DJ booths. Whether or not they manage it, time will tell.

Meanwhile, we’re extremely anxious to get our hands on a pair and test out the features we described above, especially the laptop and iPad software. If Denon just invented a new way of digital DJing, we want to be among the first to get to grips with it. Watch this space for more…

Are you excited by some of the features of this new hardware/software set-up? Are you a Pioneer user who’s looking to change? Are you a Rekordbox user who loves or hates that software? Please let us know your thoughts and experiences in the comments. 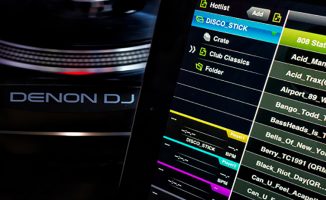 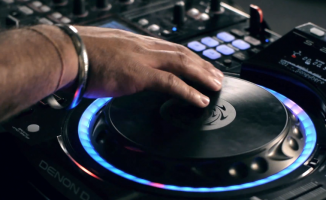 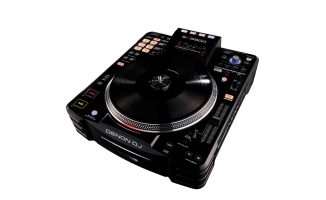