Reader Ashton writes: “I am just starting to really get into DJing and I’ve been looking at both the Pioneer DDJ Ergo and the Traktor Kontrol S2 (because I’m just a beginner still). So I saw the Ergo for $430, but because of the lights and whatnot, I am starting to feel it is kind of childish in a way. So I then started looking at the Traktor S2 which is similar in price now ($399 till the end of March) and I’ve read reviews saying it would be the better way to go. I like all genres of music but what I would probably be trying to do most would be the dub step/bass music genre and again I have no clue! Which controller would be better for that?”

My advice in this instance is probably to go for the S2 as it comes with more powerful software, and for mixing bass music I think you’d appreciate the onboard advanced sample decks. The advantage of the ERGO is that it works easily with Serato DJ Intro and Virtual DJ, so if you’re not sure which software route you’ll want to go, ERGO might be better. But neither of those programs supplied with the ERGO is “full strength” DJ software, whereas the Traktor Pro version that comes with the S2 is. You could upgrade Virtual DJ to Virtual DJ Pro, but currently the ERGO doesn’t work with the “upgraded” Serato DJ Intro, which is called ITCH, at all.

Regarding the “coloured lights” thing, it’s true that the ERGO is styled in a really consumer fashion, but hardware-wise it is a well-built unit. It’s just that it would look more at place in a house party that in a “serious” DJ booth. At the end of the day, though, they’re both plastic DJ controllers, it’s just that one looks more garish than the other.

Do you own either of these controllers? Do you wish you’d bought the other? Let us know your thoughts on the Kontrol S2 and/or the DJ ERGO in the comments below. 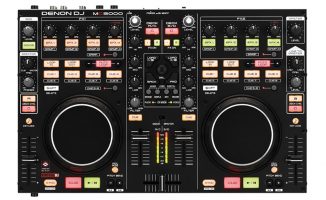 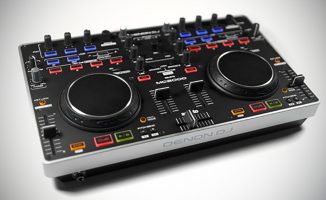 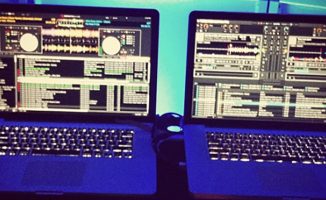 Controller Clinic #26: Traktor Or Serato After Learning On An iPad?