In this exclusive video recorded at Musikmesse 2012, Mike from Vestax talks us through some of the features of the company’s forthcoming VCI-380 DJ controller. Designed for Serato ITCH but with an open architecture so it can be mapped to any Midi-learn software, it is probably best described as a hybrid of the company’s VCI-300 and the Novation Twitch. However, having seen it “in the flesh” we were particularly impressed with a couple of its features, more so than just from the press release.

Firstly, we loved the pads. They’re exactly the same as on the Vestax Pad-One, which is to say, really good quality. They will prove to be great fun to play on and just as expressive. It steals a march on the Twitch here too, whose pads are not velocity sensitive like these.

Secondly, we had to comment on the build quality: It is solid. Like the VCI-300 before it and the VCI-400 in the company’s current range, it, this controller feels like it will run and run.

We’ve been promised a review model soon, so once we’ve got one in our hands for a full operational test, we’ll report back as fast as we can.

Having had a closer look at this in our video, do you have any further thoughts? Is it the kind of DJ controller that could tempt you to “switch to ITCH”? Please share in the comments. 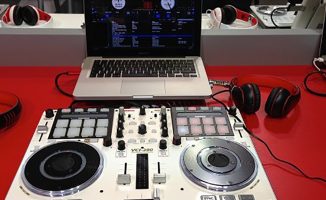 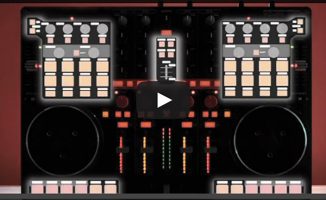