In last week’s installment I boldly proclaimed that iOS was great for DJing, not only as a tool to use for mixing tracks but also as a means to boost interest and awareness in DJing and the principles behind it.

In the interest of balancing the argument out, today I’ll investigate why Apple mobile devices (since Android hasn’t developed this far yet) running iOS are so far not truly suitable for DJing.

This is the main hardware limitation putting DJs off the Apple devices at the moment. The operating system (iOS) limits the device to outputting a single stereo signal via the headphone jack or the 30-pin connector. It will not allow for two separate stereos to be sent, which is a great shame because this is what you would want as a DJ. Ideally the 30-pin connector would be used to output the master signal to your audience and you would use the headphone jack for cueing the next track.

The solution to this usually for the app to produce a mono signal for the master output and mono signal for cueing (therefore two mono channels in total) and use a stereo splitter such as the AIODJ or Griffin cable to “double-up” the mono signals outside of the device. A more creative workaround has been developed for DJ Player and Red Bull BPM DJ apps, though: To broadcast one stereo signal via WiFi to another iOS device, leaving the host device free to output its independent stereo signal.

For example, I use an iPod Touch in my pocket with headphones connected for cueing, while the output from my iPad is fed directly into the mixer or amp at the venue. You don’t get this sort of problem with DVS systems and a Mac or laptop do you?

The audio output quality from the headphone socket is not great when compared with high quality sound cards.

by High Resolution Technologies (approx. US$199).

Possibly you could also look at the more recent Vestax V-MIDI or Neusonik iA/ONE iOS, to provide you with an improved sound via the 30-pin connector. There are other quality USB soundcards that are compatible too.

All of the iDevices mentioned are available with a range of different storage sizes (8Gb – iPod Touch only, 16Gb – iPhone and iPad only, 32Gb or 64Gb). This brings a couple of issues.

The need to compress audio files
If you’re thinking of using your iDevice to DJ with, then your music library will need to be streamlined in order to fit. This will probably mean not using the highest quality bitrate for your audio files.

Lower bitrate MP3s are likely to sound terrible through club speakers at high volumes, but they take up little space and therefore you can store a lot of them on your device. WAV or AIFF files are much superior in audio quality, so will sound far better when played out, however they take up much more space on your device so your music library will be smaller.

However, Apple m4a (AAC) files at 256VBR (variable bit rate) are a happy medium. They should provide better sound than all but 320kbps MP3s (still not perfect though) but take up about the same space.

Room for caching
It’s also worth remembering that any app (including all the DJ apps) that plays a track from your music library will need to take a temporary copy (cache) of that track.

On older apps it was possible to manually clear these cached files when the device was connected to a host machine, however this is becoming less frequent.

The iDevice should automatically clear out the cache when syncing with a host machine or if space on the device is severely reduced. This is a worrying if you play a large number of tracks on several different DJ apps.

In fact, the tracks don’t even need to be played for caching to take place. For example, if your DJ app provides the ability to pre-process all your music library to calculate BPM, beatgrids or waveforms, the cache will grow.

There is probably a limit, but you could suddenly see free space on your device quickly shrink by several gigabytes as a result.

With a laptop you would purchase an external hard drive to meet your requirements. It’s not as simple as that on iOS. However some manufacturers have developed WiFi enabled hard drives allowing you to access content on the hard drive from your iDevice. These hard drives (such as the GoFlex Satellite from Seagate) are still fairly new to the market and currently will not work with any DJ apps, but maybe in the future?

Don’t forget there’s also the development of iCloud and iTunes Match functionality which should allow your music collection to get stored somewhere other than your iDevice.

The implementation and restrictions around this are still being investigated by app development teams and currently no DJ app allows you to access tracks directly from iCloud; they all need the music to be downloaded onto the device first (probably sensible anyway).

I know that I listed this as a strength in the previous article, but bear with me! If you type “DJ” into the search bar of the App Store you will find pages upon pages of apps which seem to have no relation to functional use by a DJ. Some are merely promotional tools to spread the name of a DJ. Some are throwaway with no redeeming features, certainly not for the experienced DJ, and likely to cause more confusion to a novice than helping them.

The majority of DJ apps now list the same functionality but in reality their offerings vary greatly. Reviews in the App Store must be read with caution; I’ve seen some reviews which suggest the reviewer probably didn’t look at the app description before buying.

The relative low price of an app makes them feel almost throwaway when compared to physical hardware or even a software licence for something like Traktor, Mixed In Key or Serato. This contradicts with the expectations of the customer who often expects a lifetime of free upgrades to their app despite paying less than $5 for it.

When a developer moves to use In-App Purchases (IAP) to give them a more sustainable business and combat piracy, this is frequently met with low ratings and bad reviews. If this experience isn’t a good one for app developers then their interest and motivation to develop apps is likely to decrease rapidly.

All app developers are at the mercy of Apple. If the app doesn’t meet the standards applied during the approval process then the app wont reach the app store. All operating system enhancements and developments (generally) come from within Apple and not at the request of developers or the public.

As such, Apple could easily remove or redevelop key functionality which would render your favourite app useless after the next iOS upgrade. Equally, your iDevice will eventually not be supported and won’t be able to run the latest version of iOS.

The device development also comes from within Apple, although they do have a process for feature requests. As such our pleas for two independent stereo outputs may never be answered.

Several comments from the previous article highlighted the closed nature of iOS, Apple is in total control of what apps can and can’t do which severely throttles any expansion. For example, it took some considerable effort by two independent app developers (Sebastian at Audanika and Rolf at TempoRubato) to introduce virtual Midi communication between apps on the same device – something which could easily be developed on a more open platform.

As you’ve seen, most issues for DJs on iDevices have a workaround of some kind. Let’s not forget that the devices have been designed with a general purpose in mind, be it mobile communication, email or web usage.

They are not dedicated hardware for DJs nor are they more open, uncontrolled environments like on Windows/Mac. Thus as well as all the advantages for DJs, there is certainly still room for much improvement if the iPad is to become a truly DJ-friendly tool.

Do you think Apple will address any of these issues? Is the situation on Android any different? Please share your thoughts in the comments. 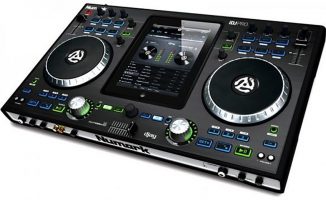 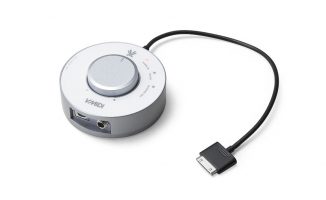 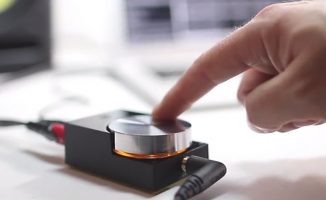