Digital DJ Tips reader Avarice writes: “I have a pretty basic question that I just haven’t been able to find a definitive answer to. I’m running Traktor through an external sound card, into a mixer and controlling the software with a Midi controller (sometimes two), yet doing the mixing on the external hardware mixer independent of the software. What I want to know is, is there some benefit or drawback sound quality-wise to controlling the EQs and volume levels on my mixer, rather than directly with the software? I’ve done it both ways, and heard criticisms from other DJs on both sides of the issue. I’d prefer to do it with the mixer, as that’s what it’s designed for and it frees up more knobs and sliders on my controllers. Is there something about this I should know?”

You don’t tell us exactly what gear you’re using, but the bottom line is, there is nothing wrong with doing it either way. If you’re comfortable using the external mixer, go ahead! It won’t result in any meaningful degradation in sound quality as long as it’s a decent mixer. While all-in-one DJ controllers have decks and a mixer section built in, if you’re concocting your own set-up using combinations of controllers that don’t have mixer sections, and you have a good hardware mixer nearby, then I can absolutely see why it makes sense to do it this way.

Many DJs also work like this because it’s easier to bring just a transport/library controller and a laptop plus an audio interface to gigs with them and plug into the house mixer, whether they then use the house “jogwheels” (ie record decks or CDJs) to control their software by timecode, or just run a minimal setup where they button-push to control pre-beatgridded songs using sync (for instance, you’ll often see an X1 and a sound card used by house DJs like this).

Do you use software but an external, hardware mixer – either where you gig or at home? Please share your thoughts on this subject in the comments. 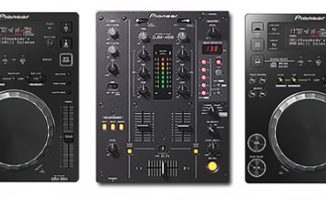 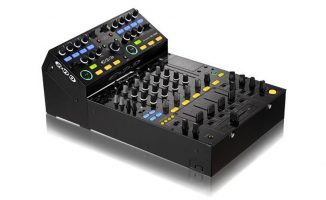