There has been a ton of major media coverage on dance music lately, specifically on how it seems to have entered the mainstream of American culture.

Even the “high culture” magazine GQ got in on the action recently. They provided an outsider’s perspective on Ultra Music Festival, which they summed up as a drugged out, costumed, three-day trip. Overall, the author seems to be empathetic with the concert goers though, surmising that because things are tougher for American youth today than they have been in a long while (economy, environment and so on), perhaps artists like Guetta, SHM and Skrillex came along just when kids needed a great way to escape.

Is it right to be so bleak?

And yet, this all seems to be a rather bleak and ominous view of today’s dance music landscape here in the States, and in my opinion, a bit overblown. For one, when you consider the fact that corporate sponsors have been involved in European dance music for some time (giants like Coca-Cola, Samsung and Red Bull sponsor events like Tomorrowland, for example) their “underground” is still alive and thriving.

Yes, America does have a tendency to over-corporatise ad to the point of insanity but the heart of dance music will, in my opinion, always remain just where it needs to be: in the underground. In the future we may see DJs getting even larger, achieving real celebrity status beyond anything even Guetta could dream of. He is still technically “behind” acts like the Black Eyed Peas, who are the true superstars. But these new “Super DJs” will be the kind of people who truly want fame, and all the pitfalls and trappings that come with it.

And of course, musical style matters. By its very nature, a genre like minimal or deep house simply will not become as mainstream or popular as electro, pop or rock. This means that people who get into it, by their very nature, won’t be the types of folks who will be searching for fortune, fame or the spotlight, but will truly be in it for the music.

So aside from the fear of the new scale dance music is reaching here in the States, there are concerns over the new, pop nature of it. Some think that what the newest listeners of dance music are rocking out to these days should not even be considered dance music, and that acts like Skrillex and David Guetta are bandwagoners and sellouts, ruining and distorting “real” dance music for an entire generation.

But even the king of weird, Mr Richie Hawtin, believes exactly what I have come to believe – that the biggest acts of today aren’t destroying dance music, but introducing it to a whole new generation who only a few years ago would have scoffed at anything with a four-on-the-floor beat.

This same generation headed in droves to Ultra Music Festival in Miami, too, including many college students from my hometown, which is a total shift from even three years ago.

How the overground feeds the underground

When I was in Miami, my musical tastes kept me far removed from the chaos of Ultra, and much closer to pool parties with Lawler and sunrise Space Terrace sessions with Dubfire.

I’ve been at this a long time. I didn’t start out liking minimal or tech house. When I was 17 or 18 I loved trance and hard Euro house, both of which were very popular in the late 90s. But soon I was introduced to the likes of Sasha and Digweed, and when I was ready, and tired of the predictability of trance, I dug a little deeper, and moved on.

And my story is not unique. Countless others around the world were introduced to and fell in love with the more mainstream styles of dance music only to move on, but now it’s happening on a much larger scale, and people are freaking out. I too can say it’s been scary watching the music I love go from something I scarcely admitted to liking (after growing tired of getting the same “eww, techno?” reaction) to seeing college frat kids in Deadmau5 costumes for Halloween. But what I’ve come to understand is that no matter how much the exclusivity of dance music on the whole might be gone forever, the core of dance music will never change.

In all likelihood, that frat kid in the mouse head will phase out of the music after college. But if he digs deeper and embraces the underground, that’s great for everyone involved.Now I’m not here to preach that one kind of music is better than another type of music – exactly the opposite. I’m simply saying that the music that’s “mainstream” right now is doing exactly what it’s supposed to – inspiring a new generation of listeners to experience the magic of dance music.

Meanwhile, those of us who love deep house or UK bass or whatever more “underground” genre it might be, should be encouraged our scenes are likely stronger than ever, both solidified by solidarity that what we are listening to is not for the mainstream crowd, and livened up by a few enthusiastic new listeners who have started drifting away from the popular and towards something they never would have heard before.

Are you just starting to get into the dance scene? How commercial is it where you are? Or have you “been around the block” and seen it all before – and thus got some insights on all of this to share with us? We’d love to hear your comments. 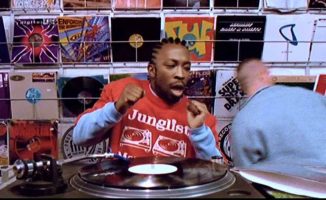 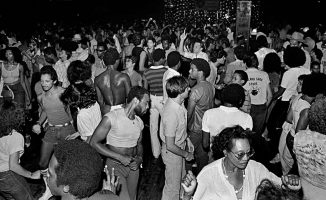 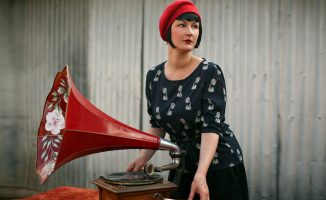