In my last round-up of clever gadgets for iOS I briefly mentioned an intriguing product by Stereomusik Systems, called the Output Booster. We’ve since received a pair to road-test, in order to see not only if they do indeed boost output levels, but if they can have any effect on sound quality too.

Before we discuss the Output Boosters further, let’s consider the current situation for any DJ dealing with low output musical gear (not just iOS DJs – any Novation Twitch users out there?)

The difference between phono and line inputs

When using DJ apps on iOS devices out and about, you’ll at some point definitely need to connect to a mixer in a venue. (You may of course have a mixer at home and want to do the same thing there too.) Usually you’d connect your device to the “line” input on the mixer rather than the “phono” input. (We’ve discussed the differences between phono and line inputs before; phono is for turntables whereas line input is for everything else.)

The reason for this is that turntables have a low output signal and therefore must pass through a special amplifier (“phono pre-amp”) in the mixer. This pre-amp also does some standardised EQ (RIAA) work to reduce high pitch noise and maximise bass dynamics, which is partly what gives vinyl its often described “warm” sound. Turntables usually have a ground connection as well, whereas your line input devices won’t.

Devices whose audio signals go into the line input have a higher output volume than a turntable, which is why they don’t plug into the turntable sockets. If you plug a turntable into a line input the audio will be incredibly quiet and “tinny”, but if you plug for instance a CDJ into a phono input (not recommended) the audio will be loud, distorted and likely to buzz and possibly wreck your mixer!

So while iOS devices should definitely plug into the “line” not the “phono” on a club or home mixer, a problem is that as far as line devices go, iOS devices aren’t the loudest. Thus you usually have to heavily adjust the gain on the mixer for the main signal to be optimum. It’s this that Stereomusik’s Output Boosters attempt to fix.

These little adaptors plug directly into the phono RCA sockets of your mixer, and you then plug your line output device into the Output Boosters. They work by attenuating the line input so the phono preamp can them boost it again, but are designed so that the net result is a louder signal overall. Thus they need no batteries to do their thing (and somewhat ironically, they’re not boosting the output at all, just making the input signal acceptable for the mixer’s phono preamps to do the boosting on their behalf…)

Feature a spring-loaded ground mechanism, they certainly feel like a quality product. They’re heavier than I expected, with a solid powdered-coated casing and high-quality gold connections at both ends.

I connected my iPad with a little trepidation, wondering how this would affect my Rane mixer. The first thing you notice is just how loud the audio is – my advice would be to turn down the iOS device volume first before connecting! Once I’d adjusted the volume control on the iPad though, the audio output sounded fuller than it did through the line input.

It’s difficult to describe, but certainly as well as making it louder, these also gave the iPad output a boost in sound quality. This was only on my home set-up, so in a club the difference could well be impressive. Stereomusik Systems stresses that the Output Boosters are made for professional club DJs rather than for home use.

If you’re playing out with an iOS device on a large sound system (and not just at a house party, say), then it is definitely worth checking whether the venue has got any in-house Output Boosters, putting them on your rider, or even carrying a pair with you. If you do the latter, just remember to take them with you after your set; they’d be as easily stolen from the back of a mixer as a USB drive is from a CDJ!

The Output Boosters are an ingenious solution to a low line audio signal, not just limited to iOS devices. By altering the specifications of the audio signal to become compatible with a phono input, your audio source can now benefit from the phono pre-amp and the RIAA EQ settings of your mixer, making the sound feel much warmer and fuller as well as louder.

The initially high price of €129 per pair, now reduced to €49.90 may have put a lot of iOS DJs off. However pro iOS DJs, venue owners who have iOS DJs (and even promoters of open-mic iPod nights) should consider investing in a pair of these to ensure the best sound quality is achieved at their events.

Valuable addition to the digital DJ’s arsenal of tricks, or snake oil? Ingenious way to get that “warm” vinyl sound, or an unnecessary extra stage between your music and the speakers? Let us know your thoughts (especially if you’ve tried or got some) in the comments. 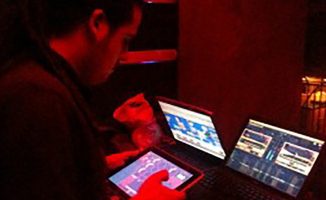 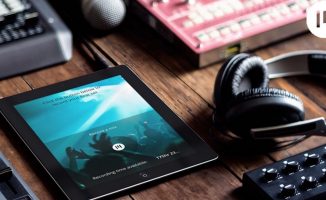 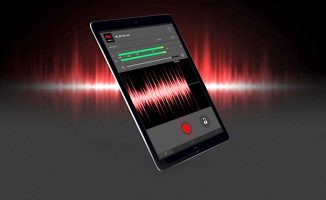