“Firstly when you factor in the cost of around AU$200, most kids are now saving up for two or three festivals rather than going clubbing regularly. As a result the local scene has started to suffer as the ‘regular clubber’ now seems to be a thing of the past. It’s now harder for local DJs to develop a following and the club culture that comes with regulars is also in decline.

“The other effect has been that as festival promoters started battling with each other we then got festival overload. To try and appeal to a broader audience they started varying the line up but again the result was that no one got what they wanted. Having Snoop Dog and Usher is hardly going to do it for trance heads. In an attempt to please everyone they now please no one. Having a three-hour wait for the next act you want to see totally kills the buzz for a lot of people.

“I was curious as to whether this phenomenon is exclusive to us as we are a smaller market or if this trend and shift away from regular clubbing is happening elsewhere also.

“I feel it’s really worrying for young DJs because no one starts out playing festivals, we all start in clubs and build from there. Festival promoters want big name producers who can draw a crowd not a relative unknown even though he might be great.”

I thought this was a great question and wanted to share what I observed in the UK in the late 90s. Then, it was a logical follow-on from weekly clubbing declining. A scene explodes, everyone’s clubbing every weekend, then “burn out” sets in, and the clubs aren’t as full as they once were.

The big promoters think: “We know what to do, we’ll put on an annual festival and make as much money in one day/weekend as we used to make in 50 nights a year.”

Happened in the UK massively that way.

As you say, the issue then is that everyone does it, line-ups (and attendances) lose focus, and venues close in towns where DJs used to learn their trade.

I think it’s cyclical – the festivals will start to fold too (in Europe, the promoters started taking their festival brands abroad at this point), the scene will lie dormant for a bit, then green shoots will appear as independent promoters start to do new things in small clubs and spaces in towns and cities, and eventually it all begins again.

The promising thing here is that there’s no reason why these “independent promoters” can’t be you and your friends.

If your needs aren’t being met, do something about it! Book a venue, get a Facebook Event posted, put your names on the flyers, and throw a party, then do it again. Hey, you’ve got a weekly club night!

Who knows, it may be you looking up Bjork’s agent, to see if you can book her between Tiesto and Bruce Springsteen in your unlikely festival 2021 line-up… 😉

How is it where you are? Is your local clubbing scene buoyant? Or have you seen a shift towards festivals too, at the expense of regular events? Please hare your thoughts in the comments. 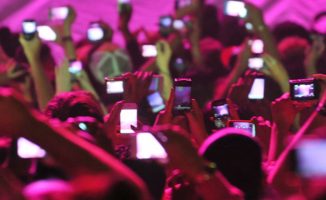 Friday Five: This Is How Smartphones Ruin Clubbing 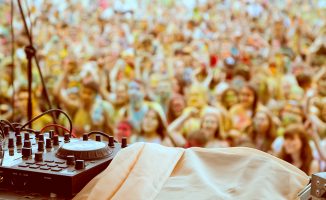 How To Organise A Festival-Style DJ Event, Part 1 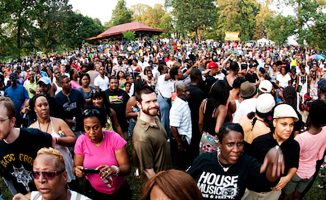 How To Organise A Festival-Style DJ Event, Part 2