Do you think the idea of DJing on an iPad touchscreen just doesn’t cut it? While there are plenty of aspects of the touchscreen that are great, like X-Y FX pads and music library access, there are things it doesn’t do well – with scratching being top of the pile. Overall, as a DJ surface, even the iPad’s biggest fans have to concede it is not ideal.

Recently some iOS apps have started allowing DJs to hook up to DJ controllers, in the same way laptops do. This is all great, but unlikely to shake laptops from the pro DJ booth. However, as today’s video shows, all that is about to change. Because DVS has just arrived for iOS…

Digital vinyl systems (DVS) from Serato, Traktor and others are popular in “real” DJ booths. You play a specially created piece of vinyl or CD that sends a signal (or “timecode”) to something that decodes this signal into a digital format and sends the information on to the software. The digital signal indicates the exact position of the track as well as changes in playback speed and direction. In short, it lets you control music tracks in DJ software using “normal” decks and CDJs.

Ever since the advent of DJ apps on iOS, the long-running question of whether an iPad could use timecoded media as a DVS has always been dismissed as unlikely or impossible. But this video, quietly uploaded on Saturday by the DJ Player development team and first broken by us a couple of days back on our Facebook Page, blows that presumption out of the water…

What it shows us

The iPad is using the 30-pin connector cable for the incoming signal. The vinyl on the turntable is a DJ Player-branded DVS “Pure Sinus” (no timecode) 33RPM 12″. I’m unsure of the small box on the bottom left of the video, it will be an analogue-to-digital converter of some sort. the company behind DJ Player, iMect, has confirmed that the DJ Player app will be able to handle control from two turntables, in the same way existing DVS systems work.

This is a huge leap in what can be achieved with iOS apps. The most exciting prospect is that of eventually being able to ditch the laptop completely and turn up to gigs with just an iPad, plugging it directly into the fully equipped DJ booth and getting going.

Of course the above is a deliberately vague video, and so full details of this development are not yet available, but it’s worth noting that this video is labelled “DJ PLAYER 2012 autumn – part 1″…there’s more to follow! 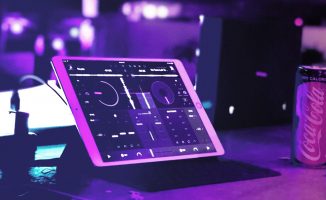 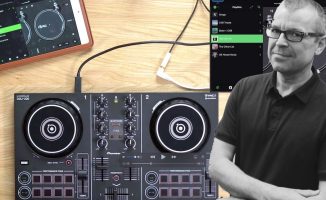