I’ve DJed on three cruise ships for four separate stints with the job title of “celebrity guest DJ”. Of all the cruise ship jobs, it’s got to be one of the best! For me, it’s been a great experience to travel the world and meet people from so many different places. And like with wedding DJing, it’s an underrated way of really improving your DJ skills.

Cruise ship DJing has taken me to places that I don’t think I would ever have visited on my own. Places like Cozumel and Costa Maya in Mexico; Roattan, Honduras, Great Stirrup Cay and Nassau in the Bahamas; Puerto Rico, Halifax and Nova Scotia in Canada – and that’s just some of my favourites.

What’s more, as a cruise ship DJ, you get “dual status”. You experience all the perks of the entertainment, food and hospitality, just like the guests do. But you also you have access to everything behind the scenes. You get benefits like discounts on liquor, gifts, land excursions and so on. And obviously, you get to DJ for four to six hours a day, every day.

Of course, there are downsides: You have to leave your life for four weeks at a time, and you’ll almost certainly gain weight from all that lovely food. Plus if I’m being honest, it’s sometimes hard to wake up in the morning feeling excited about playing 50s, 60s, 70s theme nights, etc. And actually, there’s also the fact that there’s a lot of downtime and being alone to contend with.

But overall, it’s really a DJing experience like nothing I’ve done before – and I’ve done a lot in my full-time, 15-year DJing career! So if the idea of being a cruise ship DJ interests you, this week – in part one of this two-part guide – I’m going to reveal for you in detail what it’s like to be a cruise ship DJ.

The challenge of cruise ship DJing

DJing a cruise ship cannot fail to make you a better, more rounded DJ – with a thicker skin! If you think about it, a cruise is probably the only gig where you have to play to the same people day after day on a three to seven-day basis. At any other type of gig, whether it be a club/bar, wedding, and/or corporate event, you are “one and done”, and most likely will never see those people again. The only time most DJs have to worry about seeing the same patrons/guests is probably at weekly residencies.

Next you have to take into account that cruises attract a huge variety and diversity of guests. They can be couples (especially newly weds), but tend to be more groups of family and friends. They are literally from all around the world, and can range in age from 10 to 100. I hope you can see that doing this is no easy ask! Indeed, doing it well is a challenge not every DJ is up to.

It’s early doors in the onboard venue you’re assigned to be playing in tonight. Picture a group of 10 guys and girls from South America sitting on one side of the dancefloor. Sitting across from them, a family of eight from Germany. Also, there’s a 12-person group of college kids from Penn State University, on Spring break.

Each group will send their one or two representatives to approach the DJ and request their song. No problem, that’s what most DJs deal with on a regular basis. So starting with the South Americans, they request Latin music (salsa, merengue, bachata, reggaeton). No worries, most Latin songs aren’t mixed by the DJ, and you play the whole song – although you must play two at the very least. That is, unless you want dirty looks and unruly guests for the rest of the night…

Next the German family – who range between all ages – are into top 40 pop music. Again, no worries there, you would figure that would cover most of the crowd in attendance too. So next you play the safe top 40 hits – Lady Gaga, Black Eyed Peas, etc. (Not anything brand new yet, as you’re trying to fill the gaps on the dancefloor left by all of the people who abruptly left it when the Latin music ended…)

Now, after half an hour of top 40, the guests are getting well liquored up, and the requests start pouring in. The college students from Penn State want hip-hop, dubstep, electro and so on. As this is not so family friendly, your job is to start weaving this stuff in towards the end of the night. That’s because this is when most of the older guests and couples have gone to their cabins.

It’s a general truth that whatever you’re doing, some guests will be dancing and like the current music that you’re playing and some won’t. But as the DJ, you always have to look out for the greater good of the crowd. Learning to do this well is one thing cruise ship DJing can teach you. This is why I say you are guaranteed to become a better DJ after a four-week contract on a cruise line.

In this way, DJing on a cruise is actually a little like DJing a wedding. Especially, it’s like a wedding where the bride and grooms’ families are from different ethnic backgrounds and most likely haver never met the other side! Any wedding DJ who has dealt with this different kind of wedding will know the fall-back cliched music like YMCA, Chicken Dance, Electric Slide, etc. will not be the greatest selection for the night. No, you have to be cleverer than that.

The truth is that it is hard enough to know what to play at your local club/bar, but at least you know what kind of crowd is going to be there. On a cruise, you never know what crowd is coming that night, and you have to be prepared to switch tracks in an instant. Otherwise, guests will lose their trust in you and become hesitant about approaching the dancefloor. So it’s important to showcase your mixing skills by blending a lot of different genres of music in a short amount of time. You usually do this at the beginning of the club night.

By doing this, the crowd can see that you are catering to all kinds of groups (by the different genre selection). They’ll learn to stay patient with you, because they realise there’s going to be something for them just around the corner. And this is just day one of a typical seven-day cruise! By the third or fourth day, the guests start getting comfortable with you and have no problem standing by you all night requesting songs. This is a situation that the majority of the full-time DJs elsewhere don’t have to deal with. Even playing five nights a week, full-time, most DJs you usually spin at one bar/club one night and then spin at a different bar/club the next night. You don’t have to see the same drunk party people for seven days straight!

Why I find cruise ship DJing so rewarding

Apart from the perks discussed earlier, there’s one big DJing reason why I find cruise ship DJing so rewarding. I’ve touched on it a little in the DJ set outline above. Think about it this way: An average day on a cruise for the guests involves a couple of visits to the all-you-can-eat buffets, some lounging by the pool, a more formal dinner. Then if they’re not too tired or stuffed by the end of the night, there’s a visit to the bar/lounge/nightclub.

But apart from possibly poolside, at no point in a cruiser’s average day are they required to communicate or interact with a fellow guest. Only at the nightclub and on the dancefloor is this likely to really happen – if the DJ is doing his job right, that is.

With groups requesting music from you, and sharing the dancefloor as they enjoy that music, you’re helping to breaking down these barriers. You’re getting the guests to interact with each other. It’s really rewarding to use your DJing skills and clever programming to do this, knowing that you’ve added a lot to peoples’ holidays – whatever they’re into, and wherever they’re from.

So having now looked closely at what it’s like to have a cruise ship jobs as a DJ, next week I’ll give you some hot tips for how to get a cruise ship DJ job. I’ll also give you some invaluable insider advice for when you’re on your first cruise as a DJ…

• DJ Ollie aka Oliver Santa Maria has been DJing for over 15 years, first as a battle DJ, and later for Scratch Academy, Norwegian Cruiselines, Disney Cruiselines, and as an wedding and events DJ. Visit his website, or catch him on Twitter, YouTube and SoundCloud.

Have you ever DJed on a cruise ship? Is this something you’d consider doing – especially now you’ve read what it’s like to be a cruise ship DJ? We’d love to hear your thoughts in the comments. 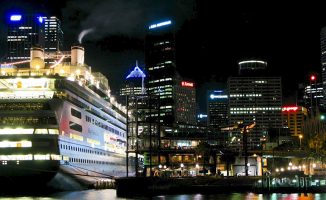 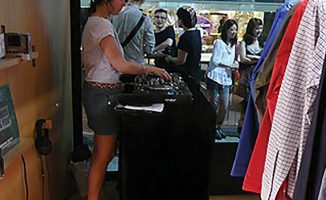 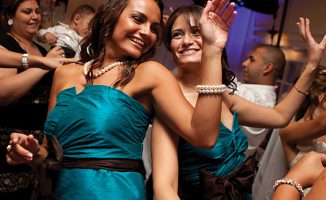