Vestax PBS-4 preview: In today’s online world, there are more ways than ever to showcase your DJing and VJing talents. Podcasts, videocasts and DJ performances can all be broadcast to the world from your bedroom, giving you a chance to build a following and develop your skills “in public” that didn’t exist a decade ago.

And, of course, if you’re a clever up-and-coming DJ who’s already playing out, you can also broadcast live from your venue. It’s now perfectly possible to broadcast a DJ set on the web using cheap cameras (maybe one over your decks, and one on the crowd), a sound feed from your mixer, a second laptop, and a broadband connection. The Vestax PBS-4 is designed to help you do just that…

It’s a compact, portable mixer for video and audio sources. It’s easy to set up and pack away both at venues and in your bedroom studio, and is designed to plug in to a laptop via USB for instant streaming to Ustream, justin.tv, Livestream and so on.Video-wise, you can plug in four sources (all composite, or switch out two of the composites for VGA and HDMI), while on the audio side, there are two mic/instrument inputs plus five stereo inputs ( 2 RCA, 1 HDMI, 1 USB loopback). There is full preview of video and audio and the ability to switch between four master outputs.

It is only SD (ie not HD), which makes sense for something designed to stream live to the internet with the generally throttled upspeeds of ADSL lines as they are right now.

Who would use it?

Expanding on what I said in the introduction, such a device as the PBS-4 simplifies and so brings within more people’s reach the idea of broadcasting your DJ sets, with added video.

If you want to DJ online with video, you could very easily set up a cheap camera on your decks, another one on your studio overall, and a screen feed from your DJ software, and do live mixes to the services mentioned earlier. You’d feed the audio output of your DJ controller into one of the inputs on here, and everything would be ready to go.

You and some friends could host a “mix show” weekly, for instance. This kind of stuff builds audiences, and in today’s world of over-saturation and “everyone’s a DJ”, to me it looks like a great way to get noticed. Likewise, you could do the same but at your local venue. Imagine putting “streaming live online” on your flyers, or giving out cards to your audience on the night so they can watch a recording of the even online later. In the video below recorded at this year’s BPM show, Vestax was streaming live from its stand, and actually I believe they were doing it over 3G!

We’re looking forward to reviewing this, and indeed from our point of view, it may be something that we end up shelling out for ourselves, because it could make it easier to make richer training and product demo videos.

Expect a full review before the end of the year.

• No official price or availability yet, though a little birdy tells us us it should be available by the end of the year, with a UK price of £399.

Does this product make you think you could do something with live broadcasting of your DJ/VJ sets? Do you already do this, and if so, would this help you? How do you do this kid of thing at present? Please share your thoughts in the comments. 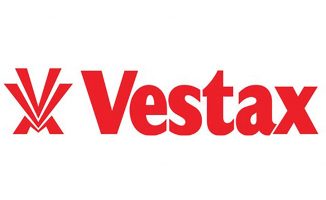 Fancy Your Own DJ TV Show On Ustream? Check This Out... 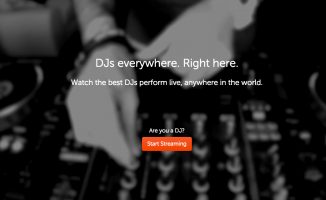