Last week in How To Book Guest DJs For Your Club Night, Part 1 we looked at why you should (and why you shouldn’t) book guest DJs to appear alongside you, DJing at your very own club night. We covered agents, fee negotiation and so on.

This week, we’ll look at what happens after you’ve made a booking – payment, riders, contracts, your responsibilities and so on. It’s all you need to know to confidently pick up the phone and get your heroes DJing alongside you!

Don’t expect a name DJ to pull the crowds without work at your end. Of course you’re going to use flyers, Facebook invites and all your usual channels to generate interest, but consider doing the following too:

Be ready for the contract/money bit

Read the contract, and be aware that often it’s a standard document that doesn’t get changes like it should booking-by-booking; there may be stuff in there that has no relevance to you or that is actually not what you agreed. Because these errors are rarely malicious, just politely ask for it to be changed to suit what was agreed – don’t fret too much about it. In 10 years of booking guest DJs, nobody pulled me up overa contract.

As far as payment goes, you’ll probably pay either everything upfront, or at least 50% up front, 50% a week before the gig. Occasionally you can pay some of the fee on the night, but usually only with trusted relationships. The agent will typically take 10-15% fee on top. Don’t be afraid to negotiate on payment terms as well as on the amount paid – if 50/50 suits you and they want it all up front, try and agree 67/33!

Be a good host

It’ll all be in the contract, but even if the booking is on a handshake and there’s no contract at all, there are several things that it’s the norm for a promoter to provide to his or her guest DJs. These include:

Most contracts specify a “rider”, which is pre-purchased drinks, food, a dressing room, that kind of stuff, as well as equipment needs – of course you should have had this all sorted out in good time! Get your guest a drink when they arrive and make sure they always have one. As long as they can get a drink when they want, most DJs will ask for little more.

Give them space. Protect them from the demands of clubbers, well-wishers etc, because they need space and time to set up. When they’re DJing, don’t interrupt them or badger them for tune names and so on. Only help if asked.

Once a DJ has relaxed into a set, you’ll know – but also remember they’re performing, just like you perform when you DJ, and a big smile and dancing feet on the outside doesn’t necessarily mean they’re not concentrating intensely and still nervous about their performance on the inside. So the golden rule is as stated above: Give them space.

Of course you’ll get them home and off to the airport or whatever the next day, but I’m talking the week after. You should contact the agent to thank them. Of course, the DJ loved playing for you and you got their personal details too, so send them a short email to thank them.

If it worked for you both, get another booking in the diary right away – it’s often easier to do this with the gig fresh in memory than waiting a few months. Nothing wrong with booking a gig six months away – it can always be moved, and it’s easier to move a booking than to make one.

I think if you treat others as you’d like to be treated, you really can’t go wrong here. How would you want to be treated if you were in a strange city having to play a DJ gig?My parting thought is to make sure you have enough help: The idea of a non-clubbing friend who you pay a little to to keep an eye out for the DJ and drive them around is a golden one, and it’ll free you up to promote your night, and of course to do your DJ set too.

Playing alongside your heroes and learning from them is one of the most rewarding aspects of running a club night of your own. You learn so much, you make the right contacts, and you have great fun. For me, it led to me playing in the biggest club in the world – Privilege in Ibiza. Where will it lead you?

Check out the first part of this series:  How To Book Guest DJs For Your Club Night, Part 1.

Has this mini-series inspired you to try and throw a club night and book a guest DJ or two? Have you got any good or bad experiences of doing this? Please share your thoughts in the comments. 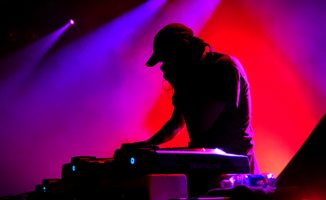 How To Book Guest DJs For Your Club Night, Part 1