Hot on the heels of its well-received QuNeo “3D” multitouch Midi pad controller, Keith McMillen has announced QuNeo Rogue, a battery pack and wireless device that fits to the bottom of the QuNeo allowing it to be used as a completely wireless Midi controller. The same shape as the QuNeo, the QuNeo Rogue basically double’s the unit’s thickness, like a battery booster case on a mobile phone.

It has a range of 60 metres, and can give six to eight hours of power to the unit – good for all but the longest DJ sets. Presumably, it will come with a USB dongle to plug into your computer (or iPad via a USB Midi interface such as the V-Midi or the Camera Connection Kit).

When used with the supplied Traktor mapping (or with Ableton, or anything else you choose to map the unit to), such a set-up would give you the option of leaving the DJ booth with all your controls in your hand.

It’s not cheap though – the price is predicted to be around US$395. The company says the unit is “coming soon.”

• There’s a rather amusing teaser video promo of the new unit here.

Would you be interested in a wireless control surface for your DJing? Does this push boundaries, or is it something that you feel may struggle to find a market? We’d love to hear your thoughts below. 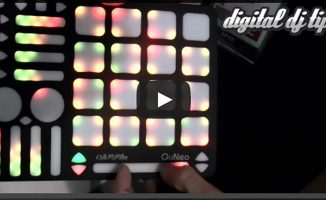 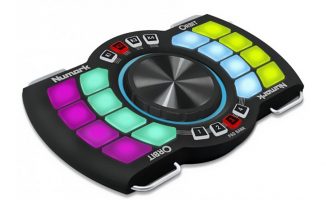