Even though resolutions are always a challenge to keep, and it’s often bemusing to watch others quit them months to minutes after making them, it’s good to attempt to improve yourself in some way, shape, or form each time January 1 rolls around.

Based on common topics here on Digital DJ Tips (both in the articles and the forum) and many other DJ sources out on the internet, here’s a handful of resolutions I’d say everyone calling themselves a DJ should think about. Once you’ve looked at them, please use the comments to tell us yours.

1. Get out of the bedroom

This is the usual one you’ll see every year. If you’ve already gotten out of your bedroom, seen it all, done it all, and now are regularly playing… then you’re dismissed. For the rest of you who perhaps purchased your first set-up in 2010, 2011, or 2012 and have not played an actual gig, your goal then is to play your first public DJ set.

It could be a high school dance, someone’s office party, a bar, a club, a rave, whatever. If you want to start smaller and play a radio or online show, that’s fine. You should simply make it the goal to play live to a crowd.

If you’re not sure of your skills or have no idea where to start, then dig through this very site. We’ve put a lot of time and energy into these articles mainly in the hopes of helping you avoid the hard lessons we had to learn in our respective pasts. (We also have How To Digital DJ Fast if you’re serious about doing it quickly.)

2. Be more inclusive of other DJs

It’s now been 13 years since Traktor first appeared, and 12 since the first digital vinyl system. And yet there are still DJs writing blog posts, taking social media pot shots, and finding other ways to rubbish digital DJ and new DJ technology.

But the truth is that vinyl is not the most popular medium for DJs any more. You look at all the major headliners and we’re even seeing many abandoning any kind of “decks” for Midi control.

The technology animosity also goes to anyone who chooses to see someone as “inferior” because they didn’t buy a certain brand of gear or didn’t spend loads of money on said gear.

So you see a kid walk in with a $200 Midi controller and an iPad, or a $500 Windows laptop. Give him a chance first in his set before you judge. Judge what you hear, because that kid on his cheap gear just might blow your mind. It’s all DJing. So why not make a conscious decision to explore other ways of DJing, whatever they are, rather than judging them, in 2013?

Why not make 2013 the year you learn some new trick with your current set-up? Make an attempt to use those Remix Decks on Traktor even if you don’t have an F1. Do something cool with the sampler on Serato or Virtual DJ. Try making a live remix and set it up so you could perform it in an event. Maybe attempt to do a short set totally using samples and loops.

Go beyond just DJ stuff. Try to learn production if you always wanted to create music. That or learn some basic design and web work so you could more easily make promotional materials as opposed to paying someone. (My normal career as a web designer/developer came out of this DIY ethic.) The key point is to not get comfortable, but push to do more with yourself as a DJ.

I’ll look at even the successful local residents and compare them with middle-level headliners who get to play all over in smaller clubs, and those headliners are always playing in a way that goes beyond just tracks. They’ll toy with samples, loops, they’ll remix and produce on the fly. They’ll make a show out of their set, so no one forgets them.

4. Explore a new genre of music

If you’re really not interested in learning new DJ tricks, then at least challenge your mind by exploring new genres of music.

For example, I see loads of kids saying how they play electro-house and dubstep, so why not look into techno, deep house, or even hip-hop? You might dig in the more underground side of hip-hop and find some great combinations with the dubstep you normally play. That or you’ll end up liking tech-house when you’re feeling uninspired by the bevy of electro-house you’ve been playing.

The best DJs in the world might be known for a certain genre, but they all still push to broaden their sound, and when you get out of the DJ Mag Top 20, you’ll see how many lower-level headliners can play a variety of music. Make 2013 the year you’ll try out new flavours.

Another hot point of 2012 is the large amount of animosity that has been thrusted on the mainstream music industry. Many of us have become sick of the Guetta / Harris sound, and how it seems one can’t go play anything other than that in a club. We were angered when headliners like Mark Farina and DJ Shadow were pulled off the decks by high-rollers who wanted mainstream pop music.

I’d love to simply advise you all to say “f**k it!” and just anger a crowd by refusing to play their requests, but I’ll instead toss another challenge to you – find a balance.

So you’re sick of playing all the tired tunes, but you are stuck with crowds who will instantly run up to ask you to play more of them the moment you play something else. I say rather than grumble, take a chance. Educate and entertain. Play two or three familiar tunes, then hit them with one tune that you think rocks, sounds similar to the mainstream you have to play, but the crowd hasn’t heard it.

Granted you might just end up with an empty dancefloor, but stick to your guns. This is how you build a crowd into your following. Right now they’ll reject the one tune, but over time, they’ll stay, then love you for it. The most stubborn will hate anything unfamiliar, but others won’t. If a promoter or manager gives you flack, point out how all those who left the floor are now buying drinks, you’re working to make the bar more money, and you have a big anthem ready to bring them back to the floor in a few minutes.

The goal though is to find a balance where you can love what you play and love your sets. If you walk into gigs hating what you play, then you’ll never play well. Even the most mainstream of DJs who hold residencies will “educate” with old school anthems or other goodies. They end up rocking the crowd because they already earned their trust.

For those who never want to play mainstream, your resolution might be something I keep mentioning on the forum – build a scene.

We’ve posted many articles on how to plan and promote events: now is the time you follow through. Find some friends who feel the same way as you, make a plan, and throw an event. Take over a night somewhere and seek out all those “lost souls” who dislike the usual club scene. Make them into your following. Network with DJs in nearby towns and perhaps take a chance on something beyond the clubs.

Manchester didn’t even have a house scene until the Hacienda, and even in the beginning they had an empty club for a long time. The BBC didn’t even toy with dance music until the pirate radio stations of the 80s and 90s pushed dance music into the spotlight.

I’m digging back into time here, but you look at any successful underground scene, and it started by people taking a chance, making mistakes, trying again, and then finding a niche that brought them success. For all you dubstep DJs out there… you think the sound would have grown without all those DJs and producers pushing it in the underground?

If you want to play underground, or want to be bigger than the local bar, or just make more money in the long run out of DJing, then you have to build a scene… not just play in one or hope to convert one.

7. Stick to something regular

This will always be one especially for myself. I’ll admit I fall into the trap where I’ll be busy with work and normal life, thus my most recent mix was made in the summer. For me, my personal resolution is to make and post a mix at least every two months, if not more often.

What about you? Have you tried podcasting, but gave up after two months with few listeners? Or made mixes every month and then grew bored, thus now it’s been months since your last demo? Did you toy with Mixify or some other streaming service, but found yourself lose interested when you felt like no one’s tuning in? Did you try blogging, but can’t get excited about it?

You’ll never grow as a DJ unless you do something and stick with it. I remember sites like Proton Radio and DI.fm where it was just a few guys playing, but they later became household names.

Even this site started off as just Phil posting some articles, but it grew into a recognised name in the DJ world because of his dedication to building it piece by piece into something bigger. Nothing comes overnight, and you have to be ready to stay dedicated to your efforts if you want to grow from a few followers to a large number of people.

Whatever happens, please set resolutions and/or challenges for yourself, and we’ll all meet here again this time in 2014 to see how we’ve all grown as DJs…

• OK, OK. So you’re reading this through bleary eyes with a dodgy tummy and a head that’s throbbing too much to commit to anything just yet. If so, come back and do this tomorrow. For now, we’ve got this for you from last year: 7 Proven Cures For A Hangover. Happy 2013! 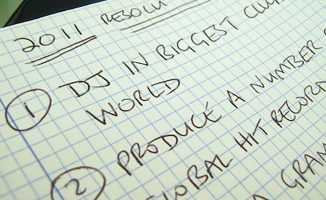 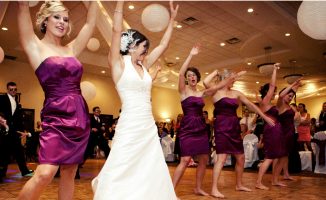 Friday Roundup: The Loneliness Of The Wedding DJ 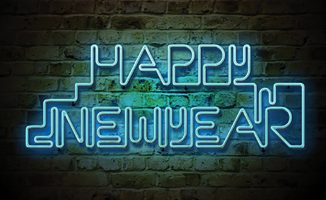 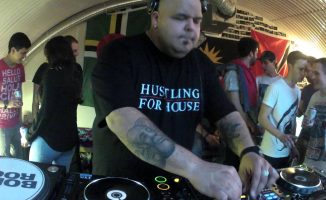