Livid Base was today announced ahead of the NAMM Show 2013, the first pressure sensitive controller from the company – part pad controller, part touchscreen-inspired, with 32 pressure-sensitive pads, nine touch sliders, eight touch-sensitive buttons, and eight momentary buttons. While clearly a good match for Ableton Live, at first consideration it could also make an excellent controller for the Serato SP-6 sample player, for instance.

One advantage of having “virtual” LED touch faders rather than physical ones is that when you switch banks, they can “remember” and display where you were. But as Livid also points out, these faders can also deliver a note and velocity when you touch them, potentially acting as a switch for instantly engaging effects.

Despite its relatively low (for Livid) price, the unit is all-aluminium and is under an inch thick, and of course as it has no moving parts, that should make it extremely durable.

Livid has also provided a web-based editor that can be loaded in a browser to choose different fader display modes, change the velocity sensitivity of the pads, switch buttons from momentary to toggle, make your own choice of colours and more. Settings can be saved to internal memory banks and instantly recalled as presets.

• The Livid Base is US$399, and is available now from the Livid website.

Could you see one of these sliding into your DJ set-up, as a second controller or to control Ableton? Share your thoughts in the comments. 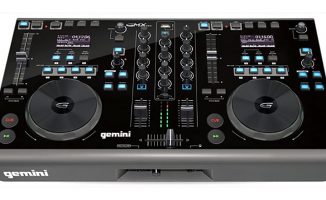 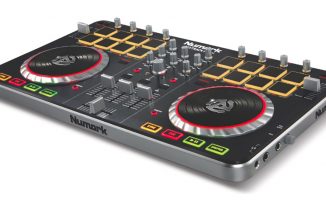