While not deviating too far from the 16-Japanese-arcade-buttons-in-a-box idea, the new LEDs in this design make it more suitable for controlling Traktor’s Remix Decks (it’s still the only third-party controller that can), and overall the unit offers a reasonably affordable “in” into the Midi Fighter ecosystem for budding button-pushing controllerists. The colours and animations of the lighting can be controlled either directly by Midi or using the supplied utility software, and the six discrete function buttons on the side of the unit can be used to switch layers, adjust presets and so on.

As ever, the company makes a big deal out of the customisation options, with you being able to select button colours, top plate and body colours when ordering.

While programming a separate box of buttons to trigger samples, cues, loops and effects might not be everyone’s idea of something essential, if it’s yours, the Midi Fighter ecosystem has got you covered. We love the fact that there is an intrinsic understanding here that just because something is electronic, it isn’t any less an instrument; these units are beautiful, durable and built to perform on, and it’s no surprise that users tend to speak in terms of love, not like.

DJ TechTools supports its products with a thriving ecosystem, including mappings and samples available for free from the manufacturer’s website, which is a definite plus-point if you want a product where you can connect with and contribute to the user community.

Also as we mentioned earlier, the Midi Fighters are the only third-party devices to offer control at all over Traktor’s Remix Decks at the time of writing, so if for whatever reason you’re looking for an alternative to the Traktor Kontrol F1, a Midi Fighter is currently your only choice.

Do say: This is where live EDM performance is heading!
Don’t say: It’s just a box of buttons, isn’t it?

The Midi Fighter Spectra is demoed here, and is available now from DJ TechTools for US$175.99.

Can you see yourself adding a Midi Fighter of something similar to your DJing? Or are the buttons provided by manufacturers on controllers like the Kontrol S2/S4/F1 and VCI-400 good enough for this stuff? Let us know your thoughts in the comments. 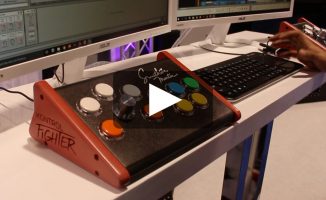 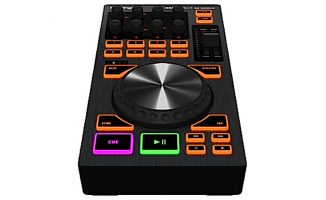