Is Traktor for iPad coming? If so, one of our DJing Predictions for 2013 will come true barely three weeks into the new year.

There are no details at all about the app yet, save for a picture of Richie Hawtin using an Pad on a yacht or something, posted on the Traktor Facebook Page alongside the words “Richie Hawtin (official page) gets first touch on the upcoming Native Instruments iPad app.” Whether it’s a full-blown Traktor app, or a remote control, or something else, we’re not sure, but we suspect all will become clear sooner rather than later.

In the pic, he’s got no wires coming out of the iPad, and it’ll be interesting to see if the app does indeed support AirPlay or any other wireless technology. It will also be interesting to see what NI has done that differentiates its offering from any other iPad port of a DJ app (such as MixVibes or djay), should that indeed be what we’re looking at here. For instance, using the iPad as a virtual Maschine or Kontrol F1-style trigger device would make sense, and with the “parent” software packing innovation like the Remix Decks, a vanilla DJ app maybe wouldn’t cut it. Oh, and I believe iPad has an accelerometer and a gyroscope. Effects control a la Midi Fighter 3D, sin wires, anyone?

If it is a DJ app, price will be interesting – DJ Player and djay are around US$16, so where would Traktor pitch its app?

All, of course, speculation right now. I’m writing this on a flight into LA for NAMM Show 2013 (isn’t in-flight WiFi wonderful? Us Europeans have a bit of catching up to do) so I’ll report more when I’ve landed and collared the NI boys.

Will this be a gamechanger, for Traktor or for iOS Djing? What do you think the app will have, or will not have? Will it even be a full-blown DJ app, or a sort-of “accessory” app to the main software? Please let us know your thoughts in the comments. 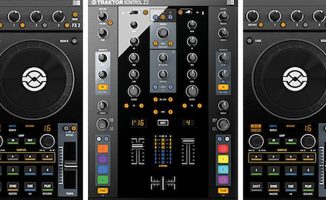