Not everyone wants to take the Traktor 2.x/Kontrol F1 DJing path. It’s awesome and it’s pushing boundaries and all that, but it’s not the only way to go. And furthermore, a side effect of Native Instruments tying Traktor Pro 2’s Remix Decks into its own Kontrol F1 hardware has been to stifle creativity in the third-party Traktor controller field. When did you last see an interesting new Traktor controller?

So it’s good, then, that we now have the Reloop Jockey 3 Remix. Because while we’ve not had chance to see it or test it yet, from the press release and video, it looks like the best new Traktor controller for ages.

The Jockey 3 was always a great Traktor controller. Hi-res jogwheels that were better mapped than most, great sound quality, all-metal construction, standalone mixer functionality. It ticked lots of boxes. Where it maybe fell down was in its release timing – coming just as Traktor 2.x was turning people’s heads in another direction. Who wanted a two-channel, “standard” four-deck Traktor controller with all that Remix Deck goodness going on? As usual, software seemed to be leaving hardware behind.

But as I say, it turns out that in fact, not all DJs are interested in deconstructing and reconstructing their tracks on the fly from stems via the F1/Remix Decks route. Some just want to mash the hell out of what they’ve got on the decks. And that’s the philosophy behind the Reloop Jockey 3 Remix, which looks to be just this type of performance DJ’s dream.

What’s new in the Jockey 3 Remix

So the Reloop Jockey 3 Remix is pretty similar looking to the original Jockey 3, one of the main differences being multi-colour buttons above each deck to control new firmware functions. These functions include beatjump, a slicer (it’s in the video, though not in the spec for what I could see), access to sample decks without switching away from your playing track decks, and dedicated sampler volume controls.

Moving to “Remix mode” (note: not “Remix Decks” mode), the unit can give you single-button FX combos for custom goodness, using jogwheels, pitch and line faders as modulators. There is independent roll and mash, and instant loading of FX presets. This stuff is where controllerists are really going to have fun, and represents real innovation in an off-the-shelf Traktor controller.

One way of looking at it is an alternative take on the Kontrol S2‘s “2+2” idea, another controller to compare it to for out-of-the-box controllerism would be the Novation Twitch. We’ll reserve our final judgement on it until we’ve had a chance to get it on the workshop for a proper roadtest, but we suspect Reloop has a winner on its hands here.

Do you like the look of this? Are you a fan of the whole Remix Decks idea, or would you rather see innovation in other areas? Are you an original Jockey 3 owner? What do you think of these changes? Please share your thoughts in the comments. 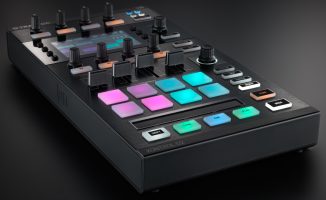 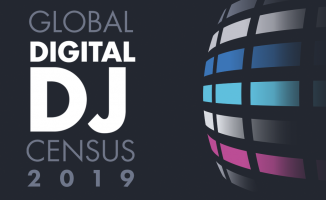 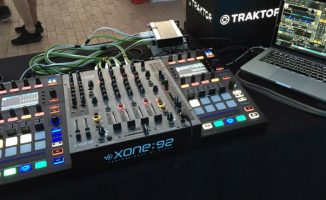