We kicked off this series talking about the software end of the deal in live remixing. But banging on your laptop keyboard and mouse can only take you so far. If we’ve noticed anything from those who perform well in live remixing, it’s that you need the right gear for the occasion.   Thankfully with technology the way it is, you have a plethora of options at your fingertips. You can spend a little or a lot and still get great results. Let’s have a look at the hardware options available to you.

It can be tough trying to determine where to begin. I’m assuming right now you’re using an all-in-one controller like the Kontrol S4, Mixtrack Pro 2, etc, or maybe you’re on digital vinyl and turntables, or CDJs with timecode and a mixer.

Before you rush out or online to pop a new controller on your credit card, I’ll first advise you to think in terms of workflow. You already do it now in how you organise your music and your display when you perform as a “normal” DJ. Think in terms of how you want to play with your sampler and/or hot cues, and then purchase a controller that will complement those efforts. I’ve watched way too many DJs run out and buy stuff, only to toss up on eBay later. You don’t always have to buy the most expensive controller, but more the one that works best for your needs and convenience.   Here’s a few suggestions to check out:

If you want to be serious about Traktor’s Remix Decks, then the Kontrol F1 is a must. As of right now it is really the best choice for controlling Remix Decks, as Native Instruments currently won’t allow Traktor users to use Midi mapping on the Remix Decks.

When I first wanted to branch out beyond two decks and a mixer, I bought an Akai MPD24. While you can’t get that any more, the newer models are well worth a look. I love how you can set the button strength and have several banks at your disposal, so you can utilise one bank for firing samples and another for, let’s say, effects control. It’s an ideal choice if you wish to use a controller on multiple software titles or if you switch your software title of choice.

Built like a tank, and with 12 velocity-sensitive pads plus an X/Y pad and a handful of other controls, the Vestax Pad-One is both versatile and easy to set up, with fast, on-the-fly Midi message editing right from the unit itself. It’s also sensibly sized for throwing in your bag, and for setting up in practically any DJ booth, however cramped.

For the turntable/timecode crowd, these are great to more integrate buttons into your vinyl set-up, as they’ll fit nicely in the hole meant for the 45 adaptor. You don’t get much to play with, but I’ve seen many get very creative when using them. Plus if you’re using a Midi-capable mixer, then you can combine functions. So use a knob on the mixer and a button on the Dicer.

If you love to beat the hell out of buttons, then consider trying out a Midi Fighter. Rather than rubber buttons, these use arcade-style buttons that are perfect for beating out rhythms or complex sets (although they’re not velocity sensitive like some).

Both the Spectra and the more expensive 3D use HID back-ends as opposed to Midi, and uniquely it is possible to also map these to Traktor’s Remix Decks, as well as any other software you choose.

If you need things more compact, then again these are highly suggested. They sit at only 16” wide, so they’re perfect for when you’re in a tight booth and have little space for multiple controllers. I especially like the choices offered simply so you can customise your workflow based on the controller you choose.

A competitor to the Korg NanoSeries, the LPD8 offers the Akai quality in drum pad buttons and back end with the affordable price and small size you get with the NanoSeries. Ideal if you’re a die-hard Akai fan.

If you don’t have the cash for a new controller, but do have an iOS or Android device, this would be another consideration. With iOS you do get better latency and customisation, but even on Android they have a nice selection of default control setups you could use. We have a two-part series to help you get up and running with TouchOSC.

No money for new gear?

If you’ve no money for new gear, you really ought to get creative and utilise your current controller.  Some of us are of course poor students, working parents etc. We can’t all just run out to drop money on a new toy every time the impulse hits us. So an easy solution is to utilise your current controller more.  For instance, dDo you use sync? No shame at all if you do, but it also means you have two pitch sliders you are rarely using. Why not map them to something else instead (and use your mouse those moments you have to manually beatmatch)?

Do you use the cue button? If not, then there’s another button you can use. Do you normally use the crossfader and barely toy with the volume sliders? Then use those sliders for other purposes.   On my good old Xponent (yes, I am going to update my set-up soon…), I have four buttons and knobs meant for the effects. I can easily map those to the sampler. I could map the transformer buttons next to the fader, or the four buttons surrounding each platter. I also have a switch on the lower end which gives me an entirely second set of controls. Think about if your controller has that. You could map one control set to normal DJing and the second totally for live sample performance.

Have an old Midi keyboard? There’s plenty of buttons there. Maybe those piano lessons never really picked up with you, but now you can map individual keys and the knobs/faders to to your benefit.   The idea is to really look at your DJ style and utilise buttons and keys you’re not normally using. Most new software you can also map keys on your keyboard to controls. So why not utilise it?

Last time you became familiar with your sampler, now it’s time to map a controller to it. If you’re purchasing a new controller then go with that. If you’re sticking with the gear you have, then start looking at your workflow and decide what you need or do not need, and try rethinking your flow to free up buttons, knobs, and faders for perhaps a live performance.

Next time, we’re going to get into ideas. This is one of the key things many of you have asked about on the forum or in comments. I’ll toss you a few ideas on things to try, and how to seek out other innovations to think about. Get your imagination up and running and get ready to move from simple DJ to live performer…

What is your secondary controller of choice? Do you use special mappings on your keyboard, or remap controls on your one controller in order to “reclaim” the, for your own purposes? Please share your thoughts in the comments. 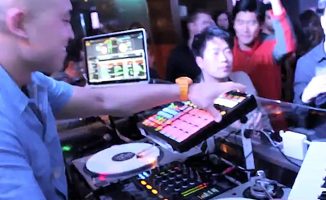 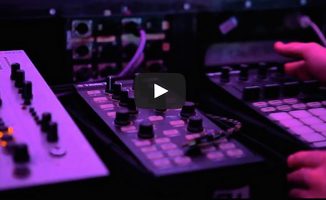 Is Live Remixing The Future Of DJing? 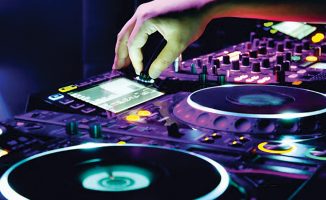