Just as a reminder that what can go wrong, will go wrong, here’s a story about Richie Hawtin’s set at the Coachella Festival in California on Saturday night just gone. Or rather, his planned set. Because shortly before he was due to go on, he posted the picture we show here with these words: “Unfortunately the technology that is the foundation of my career is not playing friendly today…so…I’m not able to perform at Coachella.”

Apparently, both his main and his backup hard drives failed on him, meaning he couldn’t perform his computer-based set and had to pull out. Luckily, it seems the DJs the following night all donated a few minutes’ of their sets to let him appear then, instead. However, it suggests the following question: What is your plan B if your laptop fails? Because it will, at some point. Do you carry a spare complete mirrored laptop? A spare hard-drive backup? Your whole set on USB sticks so you can play from CDJs if you have to?

Personally, I think it’s slightly surprising that a performer who relies on such technologies didn’t have a more tested, robust back-up, and I’m sure Richie’s learned from his mistakes, but we’re all human: he’s not the first and he won’t be the last. And of course, it’s not as if things have not always been subject to the whims of unreliable equipment – I recall several times in my career having to swap turntables mid-set due to some mechanical failure or other. But I think it also goes to show that as well as being prepared, DJs ought to also be ready to play on any equipment.

It might not have suited Richie to do so in this instance, but some DJs have no choice. Because if the alternative is silence, a pro ought to be able to fill that silence however he can. And if you’re the only DJ on a night and your laptop fails, that could be you. Another reason to learn to beatmatch manually “just in case”, now I come to think of it.

Do you think this was a truly unfortunate mistake, or that Richie or his management really should have had a more failsafe back-up? What’s your back-up in case something like this happens to you? I’d love to hear your thoughts in the comments. 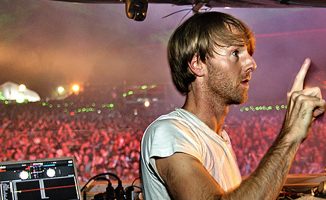 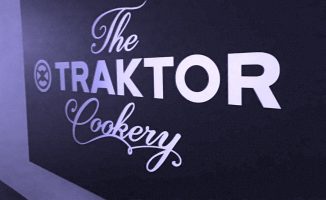