Kickstarter is a site where people pitch product ideas and get other folk to pledge financial backing to help make them a reality – and let me tell you there’s some weird and wonderful stuff on there! (Actually, QuNeo is one of the big success stories in our industry that came through Kickstarter.)

Today something with lower ambitions than QuNeo: The Toaster. It’s a small adaptor for iOS devices that provides mono splitter functionality so you can use compatible DJ software (ie Algoriddim’s djay) to “hack” full headphone cueing as well as a master out, by converting a single stereo output into two independent binaural mono outputs. Nothing new there (there are lots of splitter cables out there) – but this one has a difference.

The difference here is that the Toaster is enabled for iOS headphones that have microphones on them (ie many Apple-approved headphones). That means that, in theory at least, you can use the microphone built in to your headphones as your DJing microphone, while using the headphones themselves to cue your next tracks, and while having independent audio coming over the main PA – so you can mobile DJ from just an iPhone or iPad! (By the way, it would in theory work with Android too, not that there’s any DJ software at all that can utilise it on that platform.)

Putting it to the test

I decided to test this – there’s a very quick, rough video below. The first hurdle was that djay doesn’t have a microphone input channel (and correct me if I’m wrong, but no DJ software for iOS does). A way around this is to use a nifty little app called Audiobus, which lets you mix and merge compatible apps’ sound outputs and inputs on a simple little routing screen. With Audiobus, I got the microphone to work over the top of the djay audio, all fed correctly to the main output.

The second issue I encountered was that it seems like the microphone needs to be switched on and off within the Audiobus app, which is not massively convenient when DJing, to say the least. The best way around this would be to have headphones where there’s a button to mute the microphone. Otherwise, if you’re a true mobile DJ or radio show type who wants to talk between every tune, it’s going to get annoying really quickly.

This is definitely a gimmick for the micro DJing geeky types out there, but it has two things going in its favour for broader appeal: Firstly, it’s an adaptor (as opposed to a lead), which is preferable for this type of device because it’s more sturdy. Secondly, you don’t have to use the microphone bit if you don’t want; if you don’t, it’s basically a nicely made little mono splitter that you can use anywhere (for instance, with your laptop in a hotel room for a bit of practice if you want a mix but don’t have your controller / sound card with you).

I made an impromptu little video on my laptop to make the above clearer, although I didn’t test my concocted set-up to any length (I only had a quick 10 minutes), but if you like the idea and want to bung a few bucks the way to help them get this into production, the Kickstarter is linked to below.

• The Kickstart page for the Toaster Mic-Enabled Mobile DJ Splitter is here.

Would you see a use for having one of these in your kit bag for those impromptu hotel room parties (where you want to do a bit of MCing as well)? Or maybe you’re an iOS radio DJ who can suddenly see the potential for presenting a whole mixed / presented radio show on your iPhone… from a bench in the park? Any other uses spring to mind? Feel free to share them in the comments! 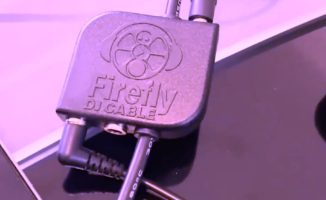 Firefly Is A DJ Splitter Cable On Steroids 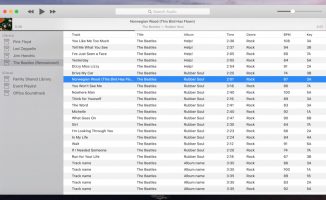 Kickstarter: Audio For Mac Wants To Be The Next iTunes 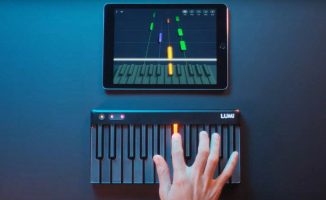 Kickstarter: Roli Lumi Is A Modular Keyboard That Lights Up 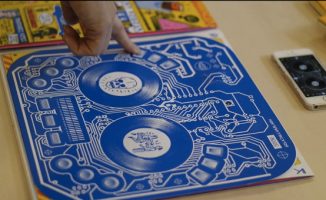