Gemini has today officially announced the Gemini G4V Controller, a device that shares many features with high-end controllers like the Pioneer DDJ-SX and the Vestax VCI-400, but at US$399, comes in at under half the price of either of those units. Supplied with Virtual DJ LE, the metal-built controller has four channels, big per-channel filters, long-throw pitch faders, touch-sensitive 14-bit jogwheels, performance pads and button-assigned performance modes including auto-loop, loop move, loop roll and sampler.

It has both XLR and unbalanced master outs, plus a booth output from its 24-bit sound card, and there are mic and aux inputs, although it is not a standalone mixer and doesn’t have inputs for a pair of CDJs or turntables (like both of the more expensive units mentioned in the introduction). The unit can control four channels of software at once, and has per-channel VUs as well as master VU metering. It’s not clear whether the performance pads are RGB.

Gemini says it has “newly designed touch sensitive mechanical jogwheels”. On the prototype unit we saw earlier this year, we thought the jogwheels were one of the places it maybe needed some polish, so hopefully that’s happened. Certainly for the money, this looks like decent value. There’s also a US$299 two-channel version.

We’ll bring you a full review as soon as we can.

What do you think? A lot for your money, or missing something you’d like to see included? Please share your thoughts on the Gemini G4V in the comments. 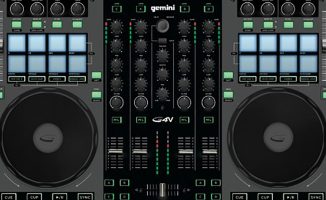 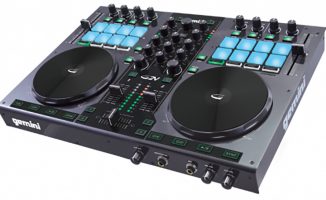 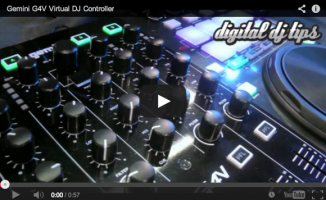 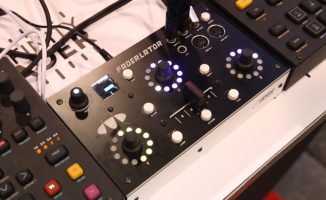