“Incredibly sturdy and featuring an outstandingly powerful sound… with a sophisticated construction optimised for DJs, especially designed for rough club surroundings.” That’s how Reloop describes the RHP-30s, its new pro headphone that’s been launched alongside the more lifestyle-led Reloop RHP-6, which we covered a couple of days ago.

As well as boasting memory foam earcups, solid aluminium couplings and sound that is apparently “accurate and transparent” enough for studio use, they come with not one or two but three separate leads. As well as the coiled cable preferred and expected by many DJs, there’s a straight cable with a smartphone control, plus the (currently rather trendy) flat-style cable, also seen recently on Vestax headphones.

The headphones are finished in rubber paint, and come in black and silver. Having given them a short trial at the Musikmesse show back in Spring, I think they’re on the surface a pretty attractive bet for top-end use. Of course, we need to know pricing and also give them a proper road test, so watch this space for both of those. Street date is also yet to be announced.

Are you in the market for some “pro”-grade headphones? What do you think of these at first look? Please share your thoughts in the comments. 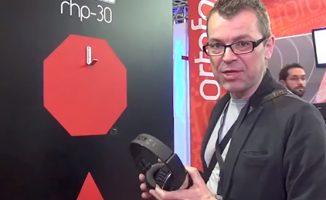 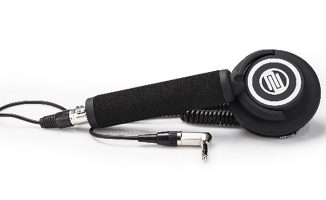 Reloop Goes Back To The Future With RHP-10 Mono