Hot on the heels of all the iOS controllers and news from the BPM Show, Cross DJ from Mixvibes hits 1.4 with news of compatibility with a load of Midi controllers. As well as working Natively with the Vestax Spin2 and Numark iDJ Live, the software now works with eight controllers from Pioneer, Numark, Hercules and MixVibes.

The software has also been tweaked to play nicely with iOS 7, which of course has also just been released. the new version (1.4.1) is just awaiting approval, and will hopefully be live on the App Store by the end of this weekend. 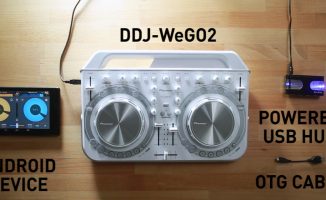