Our Scratching for Controller DJs tutor, Steve Canueto, has made it his mission this year to post scratch demos of as many DJ controllers as he can over on his YouTube channel, to help digital DJs pick the right controller for scratching on. While at BPM 2013, he, Digital DJ Tips editor Phil Morse and iOS editor DJ Hombre (holding the camera…) got three early demos in the bag on brand new gear – the Numark NS7 II for Serato DJ, the Reloop Beatpad, and the Traktor Kontrol S4 Mk 2 with Traktor Pro.

Note that Steve is testing the response, the feel of the jogwheels, and how the audio quality is – these aren’t “showing off” videos, they’re designed to test how suitable the hardware/software combinations are for scratching to help you if you’re thinking of buying one. So here they are, with thoughts from Steve and Phil:

Phil says: A monster of a controller, the NS7 II ought to be a dream to scratch on, with its motorised high torque platters and larger layout size.

Steve says: Undoubtedly the closest you can get to scratching on vinyl or a DVS system. If I were to close my eyes, what I am doing is no different to what I was doing when I was scratching on turntables – apart from the fact it’s never going to jump! The crossfader is super light with all the curve settings you’re going to need.

Reloop Beatpad with djay on iOS

Phil says: Not got high hopes for this combination for “serious” scratching, judging on past efforts – the Spin2 / djay combination is disappointing for tight jogwheel control, for instance.

Steve says: Not having had much experience of scratching on iOS, I wasn’t expecting much – but the integration is actually very tight, and there’s no hint of squelchiness or loss of audio quality when using slow, controlled movements (always an acid test for digital scratching). The LED lights on the jogwheel are fantastic visual cues to prevent you from staring at the iPad while scratching. Any latency there is is only on the visual cues, not on the audio.

Phil says: Just about the only people who get control of Traktor absolutely, spot on, 10/10, are Native Instruments themselves. While the jogwheel design itself isn’t everyone’s cup of tea, responsiveness has always been perfect on Traktor products, so I’m expecting great things here…

Steve says: The new aluminium top and damping system on the jogwheels requires some adjustment in technique compared to the previous S4 jogs (you need a slightly firmer touch), but once you master this the responsiveness and sound quality is as good as it was before, which is very good. The new, thinner crossfader caps make it feel less “heavy” and have more of a pro scratch mixer feel.

The real surprise in this pack is the Reloop Beatpad, which offers incredibly good jogwheel performance considering it is working with an iPad and not a higher-powered PC and one of the more traditional scratch programs.

However, the fact that all of these new controllers are pretty much perfect when it comes to performing scratch techniques indicates clearly what we found out when we tested 60 controllers a few months back: Nowadays, after a sometimes shaky start, pretty much all DJ controllers are good enough to let you get some basic to intermediate scratching done and sounding convincing – and a hefty number go far past that. The gear definitely isn’t an excuse to start learning any more.

• Want to ask Steve a question about scratching with DJ controllers? Head over to his new Facebook Page and say hi! 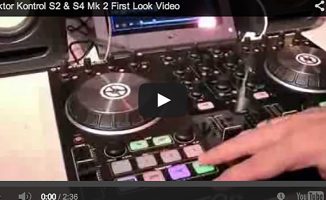 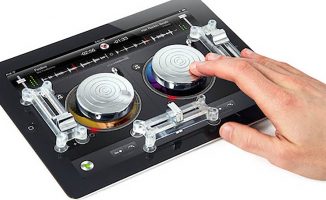