Seems everyone is scathing of the new breed of DJs at the moment, and it’s broken out of old school DJ forums and vinyl lovers’ private chats and into the mainstream. Comedian Russell Peters, in the video below, is just the latest in a long line of people moaning that DJs aren’t actually “doing anything” any more.

Now, as we all know in the Digital DJ Tips community, a huge amount of work goes into any DJ performance. Discovering, collating, organising and preparing your tunes; knowing your gear well enough to stand in front of any audience and perform on it; having the balls to push for those gigs… it is all worthy work, and not everyone can do it. Just the fact that you’re there in the first place shows commitment and drive.

Even if you’re just pressing sync on every mix, if you’ve got a full dancefloor, well – you’re doing something right. Trouble is, if uneducated audiences are now preconceiving that “all DJs are fakers” and “it’s all done by computers” (and it seems like they are starting to), then as a community we have a problem. How do those of us who know better smash that preconception?

So what do we do? How do we get the acceptance and respect back? How do we prove we’re not just button pushers, or some kind of sick fame monsters? Here are our seven ideas:

1. Acknowledge that digital is part of the problem

First thing is to acknowledge that this thing is happening, and technology is causing it. It’s hard for me to write this, because digital is the future, and I’ve been living it and doing it for 10 years. But even I can’t deny that we’re some way off from overcoming the considerable prejudice that there is against us.

Here’s my view on why it’s crept up on us: With two turntables, a simple mixer, and 80 12” records, there’s nowhere to hide. You live and die by what you do. It’s a level playing field. Good DJs shine, bad ones don’t pass go. Everyone can see what is going on. With digital, we have DJs miming to pre-prepared mixes, Ableton-led sets that play themselves, a sync button making passable beatmixing easy on everything from a $60 controller to Pioneer’s top-end CDJs, and an abundance of music meaning exclusivity in your tune library is pretty much a thing of the past.

While we are all passionate about digital DJing, we have to acknowledge that unless we find ways to convey our skills to our audiences, people will not move past this button pushing / computer DJ idea. That we’re “Jesus posing” and not much else.

Crafting a DJ set, on any DJ gear, including today’s modern DJ gear and software, is a skill and an art. (If someone comes up to you and says “you’re just pushing buttons!”, you can always hand them your headphones and say “OK then, you have a go!”. That’s the proof right there).

So if you DJ in a bar, tucked in the corner somewhere, or in a club but high up or somewhere where people can only see your head bobbing, change it! Good clubs are realising that by having the DJ in full view of the audience, with nowhere to “hide”, they can make more of a thing of their DJ – and if your venues don’t, insist on it happening!

Stick your iPhone in a mount and carry a small tripod with you, and point it at your gear to make a video when you’re playing. Make sure you also hit “record” on your DJ software when you play. Next day, take the audio recording and the video and tie them together on some video editing software. Don’t say it’s hard, because trust me, it isn’t. Then make a 10-minute edit of your best bits and stick it up on YouTube. Use the video as part of your Facebook Page or similar – it’s stuff for your friends and fans to see, and it proves you’re “doing something”.

Sure it’s a bit of effort, but if you think DJing is somehow an effort-free thing because digital makes performing tunes a bit easier than vinyl did, you’re fooling yourself. It’s always been those who put the effort in who get the rewards.

We say this one over and over again, but it is still one of the best ways of proving you’re doing stuff. If DJ gigs are like “talking”, mixtapes, mashups, re-edits, even remixes are like “writing” – they are there forever, for people to pick over and absorb, and they’re your way of showing the world what you’re really capable of. You can truly plan, organise, perform and perfect these recorded versions of what you do with more care than when you play live. Sure, you can “fake” it easier this way – but you’ve still got to know “what to fake”!

For extra points, do the same thing, but this time plan and perform a short DJ video mix at home, like in the idea above, that shows off absolutely everything you’re capable of. Treat it like a little video showreel. Remember, in years gone by, DMC used to give DJs “six minutes to prove you’re the best DJ in the world” (in fact, they still do). What would you do in six minutes to prove you’re not a Jesus pose pretender?

5. Do some of your stuff manually

Doesn’t matter how you do this. What we’re trying to avoid here is having all the right music, playing it all in the right order, keeping the floor happy, but still looking like you’re doing nothing. This is a shame, because really, by this point in your DJing, you’re nearly there! It just needs some fairydust sprinkled on top to win over the doubters. And manually performing in a way the audience notices is what is needed.

It could mean manually beatmatching everything: The little imperfections that this introduces to your sets will definitely do the job, as audiences love spotting these small signs that you’re mixing “properly”. But it doesn’t have to be this. It could be using your sample pads effectively, throwing in the odd pre-practised controllerism routine, or just mixing boldly, using song choice, volume, timing and so on to make your mixes noticeable rather than trying to hide them behind tight auto sync and apologetic, boring blending. Get noticed for more than just throwing your arms in the air, by making peoples heads turn when your hands are firmly on your gear!

You can’t Jesus pose when one hand is on the platter and the other on the crossfader! Scratching is, to date, the only performance DJing technique that cannot be replicated digitally or faked.

Now, there are people who attempt to fake scratching, but basically you can see that they’re not doing it. Sure, scratching is difficult to do, but that’s precisely why it’s also difficult to fake. You can’t pull the wool over people’s eyes with this one. If you can scratch, you could be using a $60 plastic piece of crap to DJ on or a full club Pioneer set-up, and the reaction from your audience is going to be the same: This guy can DJ.

At our Scratching For Controller DJs seminar at the BPM Show this year, DJ Angelo put it well when he said: “I never wanted to a scratch DJ; I wanted to be a DJ who could scratch. For me there was no differentiation between a DJ who mixes and a DJ who scratches. I wanted to do everything. To me, a DJ who couldn’t scratch wasn’t a real DJ!”

Prove you can do “everything”, and the gear you do it on or the poses you pull when you’re doing it suddenly become extremely unimportant.

7. Go back to your roots

If you’re a long-time DJ who’s been digital for a while but feel like you’re losing your way a bit, just dust off those decks or CDJs and banish the laptop for a session or two. If you’re younger, and have always been digital, turn off the sync buttons, limit yourself to a small number of tunes, and see how much fun you can have.

Artists of all types know that limiting what you’re allowed to do can sometimes make you more creative. this comes back to acknowledging that digital can be part of the problem. We love digital, but it’s not the only way!

There’s a reason why Reloop, Native Instruments, DJ Tech Tools and so on have the likes of DJ Angelo, Shiftee and Ean Golden to be the ambassadors of their products; it’s because these guys haven’t just learned how to press the buttons; they have skills which the technology lets them explore, and which make the technology look impressive. People don’t buy controllers because the controllers are cool; they buy them because what people do with them is cool. This is what we, as a community, have got to convey to our audiences.

At the end of the day, Jesus posing, fist bumping, throwing your arms in the air, dancing behind the decks and so on are not only OK, they’re bloody important! Enthusiasm and the transfer of emotion from DJ to crowd is absolutely part of what DJing is about, and always has been.

But really, you should only have a second or two to do it in a full-on DJ set, before you’re back in your crates or on your gear, getting on with doing stuff. If you find you’re spending more time choosing which cake you’re going to throw than which tune you’re going to put on next, maybe it’s no surprise the audiences are starting to demand something different.

Do you think this problem is to do with digital, or audiences nowadays, or just the general direction DJing is taking? Have you been a victim of this kind of thinking? Have you thrown one Jesus pose too many and felt unclean? Share your thoughts in the comments. 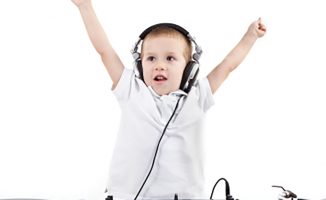 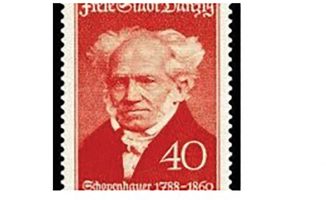 An Open Letter To Vinyl And Digital DJs