Digital DJ Tips reader Nero writes: “Why do most DJs prefer using the line faders or the deck gains to blend in tracks instead of the crossfader? I was literally made fun of the other day when I used my crossfader in front of two advanced DJs ! So what’s the right way to do it? Deck gains, line faders, crossfader? Does it matter?”

Great question. Most DJ controllers have three ways of adjusting each track’s volume: The gain knob (the top knob, above all the EQs, and which is sometimes called “trim”), the line faders (the vertical ones), and the crossfader. So what are they all for?

The gain knobs
The gain knobs adjust the incoming volume of the track. They’re meant to be used to correct any slight volume differences between your tracks. They are most useful when VU meters on the unit are monitoring the incoming levels, because then you can set the track at a loud bit, and adjust the gain quickly and visually so it’s filling all the green bars of the meter, but rarely if ever tapping into the red. That track is now as loud as it can safely be, ready to have its volume in the mix adjusted by the other controls.

The point of these is so that you can be sure, having set the gain once, that all other things being equal, that track will sound right against any other tracks in your mix (which you will also have adjusted upon loading them, in exactly the same way).

The line faders
The line faders adjust the overall blend of tracks, assuming the crossfader is “in the middle”. Many DJs like to run these at around two thirds, so they can boost the track in the mix if need be by a little. They are used “in the mix” to subtly balance the tracks against each other. Depending on how the EQs are set, and how much is going on in the track, balancing the overall volume this way is what lets DJs move the audience’s attention between their tracks.

The crossfader
The crossfader is typically used as a fast “switch” for turning the tracks “on and off” in the mix. Especially with the crossfader curve set to sharp (“crossfader curve” is normally a hardware or software adjustment, and a “sharp curve” is where you only need to move the crossfader a tiny amount aways from fully left or fully right for the other track to be 100% “on”), it can be used to drop a beat in precisely, or cut it out equally as abruptly.

Scratch DJs obviously make great use of this as part of their routines, but any DJ interested in cleanly and definitively introducing or removing a track from the mix may decide to use the crossfader in this way.

You make the rules!

But here’s the thing – these aren’t rules. Set the crossfader to “smooth”, and you can use it to blend just as subtly as the line faders can do. Many DJs like to mix with the line faders fully “up” or “open”, so they can cut the track in or out by using the line faders instead of the crossfader, by throwing them quickly as far as they’ll go. Still more DJs turn the crossfader off entirely. Others use the channel gains to “tweak” the overall volume, without ever touching the fully open line faders. And there are lots of combinations of the above preferred by different DJs, on different gear, with different music and mixing styles, too.

My advice is simply to understand each control, what they’re meant to do, and how they fit together, and don’t worry too much about this. It helps to DJ on other gear too, as you soon learn that you “DJ on what’s in front of you”. For instance, I used to DJ in New Order’s bar in Manchester, Dry 201, which had a big old Formula Sound mixer that had no crossfader at all, so all my mixing was with the line faders. At the other end of the scale, smaller DJ controllers like the Mixtrack Pro II don’t have gain knobs at all (they have auto gain in the software).

Only by DJing on as wide a choice of gear as possible will you start to be comfortable with using all of these controls to achieve your end result. Certainly don’t let other DJs laugh at you: there are no absolute rights and wrongs. As ever, it’s what comes out of the speakers that counts.

How do you tend to use the gains, line faders and crossfader? Has your style of mixing changed over the years, or does it change with different music and mixing styles? I’d love to hear your thoughts in the comments. 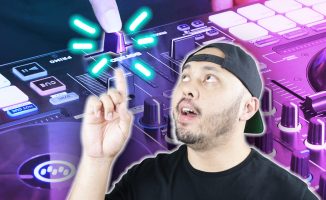 3 Reasons Why You Should Use Your Crossfader 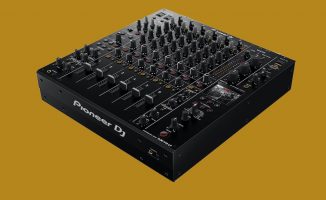 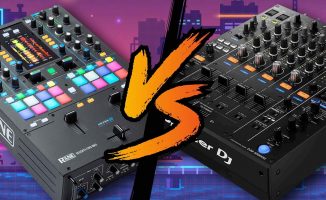 Club Mixers vs Battle Mixers - Which Is Right For You?