We’re always telling you that to move forwards in DJing, you need to do something more than just playing one tune after another. At the same time, though, the whole idea of “getting into production” can be daunting and it’s no surprise that most DJs therefore, despite good intentions, put such a move off.. and off, and off.

Enter the re-edit. Simple. easy to do, and immediate, re-edits are gold for DJs who want to move past the basics, but aren’t ready for mashups, remixes or their own productions Today we’re going to give you five reason why…

What is an edit?

For the purposes of this article, we’re going to take an edit to be a new version of an existing track that you’ve made yourself using only the finished track as your starting material. That makes an edit (or re-edit – we’ll use the terms interchangeably) different from a mashup, as a mashup comprises parts of more than one track, and from a remix or production (both of these having extra parts added that didn’t exist in the original. They’re also often made from the original separate parts, or “stems”, rather than the finished recording).

Editing or re-editing is the rawest form of changing a track, and also one of the most common. Happily, on top of that it is one of the easiest to do – and that makes it a great starting point for DJs who want to move beyond on-the-fly loops and simple mixing and on to incorporating their own versions of songs into their DJ sets, where a little more time has gone into the planning of that version than just an on-the-fly live “remix”. So why do it at all?

As Danny Tenaglia recently said: “If you’re a young DJ aspiring to get into the league of DJs that get to travel the world and are part of an agency, the best thing to do is to approach songs and do your own versions of them and then get the attention of the label.”

To get started, try using a program like Mixed In Key’s “Mashup” or the free “Audacity” DAW, or even just practise a routine with your favourite song on Serato, Traktor or whatever DJ software you use, and record it – next time you play the song, you use that version instead of the original. Get going – you have nothing to lose but the chains of the original version!

Have you started to edit tunes? How are you finding it? Any re-edits you’ve heard DJs playing that you love that you can’t find anywhere? Please share your thoughts in the comments! 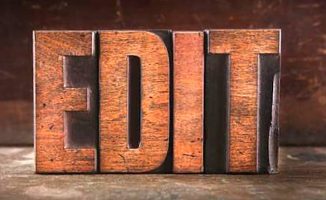 Everything You Ever Wanted To Know About DJ Edits