Why care, you may ask? Well, here’s one reason: The three brands bought by inMusic include a broadcast equipment brand and a hi-fi brand – which could turn out to be what they really wanted, rather than Denon DJ. inMusic has recently been acquiring a whole host of disparate music industry-related companies recently – and in this instance, they are getting access to new market areas they don’t currently have, just like with previous company purchases. But here’s the thing: they already have a pretty successful DJ arm, of course we mean Numark.

Now, with Denon DJ, they do get access to high-end DJ mixer and media player devices, which don’t currently feature in Numark’s range… but they also get as part of the deal low to mid-range DJ controllers – of which they already have a full choice of models. So it is worth speculating that maybe, Denon’s DJ controllers would be the victims of the inevitable consolidation as the brands merge. In other words, it could be the end of the road for the MC2000 (our favourite controller under US$300) and the MC6000.

(Some previous: When inMusic bought M-Audio, similarly the DJ controller part of the deal – Torq – quickly fell by the wayside. While Denon DJ is a different case entirely, the similarity is that Denon’s controllers clash directly with Numark’s.)

The only official word we’ve had is the corporate speak about the merger, but it’s worth keeping an eye on the word coming out of inMusic’s HQ regarding the future of Denon DJ for the next few months. This could mean a renewed assault by Denon / Numark on Pioneer in the DJ booth, but at the same time could mean a very different story for Denon’s DJ controllers.

Do you think this merger is a good thing for Denon and/or Numark/inMusic? Do you think the Denon controllers could have reached the end of the road? Let us know your thoughts in the comments. 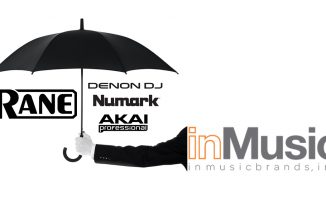