If you haven’t seen this Saturday Night Live parody video of the whole EDM superstar DJ thing, watch it now – it’s very funny. (Also, frankly, the fact that the bass ends up killing people is a bit of a deeper satire on the whole club/drug lifestyle. Be safe out there, kids.) However, it’s the main theme – the idea that superstar EDM DJs are a classic case of “The Emperor’s New Clothes”, that what they’re doing is actually something anyone could do – that I want to talk about today. Because I know not all DJs can brush off these attacks on our culture as easily as I can.

In this world where software makes achieving the basics of DJing easier than ever, where the music is cheap and accessible where once it was scarce and expensive, and where fame is apparently all about marketing, it is of course extremely easy for the casual observer to conclude that there is no skill any more in DJing.

It gets worse, though. People who’ve been in the game for a while but aren’t getting the success they feel they deserve throw in the belief that audience expectations have dropped so low that you don’t really need to hone your craft to get mega bookings and become super rich any more; that you just need to learn a different type of craft, namely marketing and self-promotion. This new breed of superstar DJs, say the old-timers, along with software companies, hardware companies, festival promoters, and – yes – even the audiences themselves, are conspiring to destroy the art and craft they so love. They think it was “great in ’88”, and has been slowly declining ever since.

If this kind of talk, and parodies like the one above, make you wonder in your darker hours whether you’re right to be trying to learn to DJing at all in 2014, and especially with modern digital DJ gear, I’m here today to reassure you that what you’re doing is 100% authentic, genuine and worthwhile. This kind of bitter backchat is simply something to fill columns (let’s be honest, it’s an easy target right now), or alternatively a get-out stance for tired, old has-beens/never-quite-were DJs who were too lazy or closed-minded to adapt to what has been going on around them for the last 20 years. And you, dear reader, ought not believe a single word either side is saying.

Now, satirists will always parody what’s big in culture at any given time, and that’s a healthy thing in my view. Also, one thing I can tell you for sure is that this kind of “new is bad” talk is way older than digital DJing, and will carry on long after digital DJing is fully accepted worldwide. (I remember CDs being called “not real DJing” by vinyl DJs, for instance. Now it’s the CD DJs calling out the digital ones. Tablet DJs by laptop users. It’ll go on…)

But let’s get one thing clear: You’re not necessarily out of the woods just because this kind of talk is inevitable. You can’t just disregard it. Because the fact is that if you’re trying to learn the art of DJing in 2014, you are potentially being duped by certain attitudes out there – attitudes this video is tapping into. Apart from the fact that you’ve got to work double-hard to convince venue owners that you’re bring something of worth to them nowadays, the deeper problem is that as a new DJ, you might actually start to believe some of this. You might start to think that by downloading the Beatport Top 100, learning the sync button, buying a few Facebook fans, blagging your local club owner, and jumping around in the DJ booth, that you too can be where these guys are. That the money, and drugs, and women (or men), and magazine front covers are just around the corner for you, too. You might be forgiven for thinking that there isn’t actually much more to it any more.

You know, I’m in a pretty unique position to call this how it is. When I started DJing, your gear was all built into a big box that was usually covered in carpet, and nearly always home made, with simple belt-drive record decks, a mixer, and a microphone on a bendy stand. You knew how to work it all inside-out, and were usually plonked in a corner while everyone else had fun (suited me fine, I was the geeky kid who hated social contact – at least, I was when I started in this game at 15).

I’ve been DJing professionally every since: Mobile, bars and clubs. I saw beatmatching become the norm, watched CDJs come in, was one of the first people to review a DJ controller in a UK DJ publication (nobody else could get their head around the thing). I adopted digital way back in 2005 for my own DJing. Nowadays of course I run one of the biggest online DJ training websites in the world, and clearly we’re unashamedly digital round these parts. So I can safely say I’ve seen and continue to see it from every angle. And I’ve got some great news for you today if you feel hurt by this video and want to rise about it and continue to craft your skills regardless.

Why real DJs will carry on regardless

Firstly, this will pass. The bubble will burst. We saw it happen here in Europe too at the end of the 1990s. More accurately, it will settle down and DJing / electronic music culture will take its rightful place alongside other music genres and scenes. This is a good thing. It ain’t going away, but this level of cultural dominance is unsustainable. This is good news for you, because it means the worst excesses of “press the button and wave your arms around in front of 150,000 people” will disappear when the hype moves elsewhere.

Secondly, real DJing is a true skill, it is an art form, it is a discipline that is absolutely worth learning. It is not about getting someone to ghost-write an identikit EDM song for you and miming to it on stage (with or without a big red “Bass” button). It is not about knowing how to buy likes and followers to be able to stand out from all the other DJs doing the above. It is not about being a producer and miming to a pre-prepared set. It is a real, definable skill; always has been.

Sure, on big festival stages DJing is about as far removed from reality as it’s possible to get, and the DJs up there are – whether they embrace it or not – also just as far removed from the realities of DJing as any other mega-stage performer. But for everyone else, the everyday art of DJing goes on. In towns and cities from Manila to Miami to Manchester to Melbourne to Moscow, DJs turn up at venues night after night with one purpose: To provide a decent soundtrack for the dancefloor in front of them, while hopefully expressing themselves through the music they love at the same time.

Learning to play just the right tune at the right time for the people on the floor in front of you sounds simple but takes a lifetime’s work, and no DJ ever gets it right all the time. Knowing how to sift all the world’s music, buy the right stuff, make meaningful set lists out of it, craft a creative DJ set, deal with the whole technical side of DJs, and run the “business” side of what you do (so you market yourself correctly, are polite and professional, and take your opportunities when they come) – this is what DJing is all about. And that was always the case, and always will be the case.

And while of course this is more than pressing a big red button and waving your arms in the air, at the same time it doesn’t make a blind bit of difference whether you’re using Technics turntables, a Pioneer CDJ system, a DJ controller, carpet-covered belt driven record decks, or even an iPhone to do it. Trust me, I’ve done them all. The job is the same.

Just this week, I finished teaching the first intake of students on the first ever edition of our Digital DJ Masterclass online interactive DJ training course. We covered everything from DJ gear, music, mixing and set building, to performing, marketing and even promoting. Our students learned the art of DJing how we see it from absolute beginner right up to pro DJ level. We taught musical basics and manual beatmatching, sure, but we also taught digital’s best bells and whistles. All have a place for the modern DJ. The success being enjoyed by course owners who’ve followed the material simply reaffirmed for me what I already knew: That it’s more worthwhile for modern DJs to take the time to learn the real skills of DJing than ever before.

Put simply, if you’re learning the right things, the right way, for the right reasons, you can rise about the hype, and rise above the ridicule being poked at DJ culture as a whole right now (and at digital DJs in particular). When all’s said and done, it’s ridicule being delivered by those who don’t know what they’re talking about, or – sadder – by those who do know what they’re talking about, and who really should know better. So watch the video, laugh – and then please, confidently return to honing your craft as a DJ, whatever gear you’re using and whatever people are saying where you happen to be.

As Jam & Spoon once said: Fall in love with music and you will get by.

Do you think the excesses of EDM are harming DJ culture? Is there a place for everyone whatever gear, style, type of music or level of success they have, in the big broad church of DJing? Or has DJ culture really deteriorated, never to return to some previous golden age? Let us know what you think in the comments below! 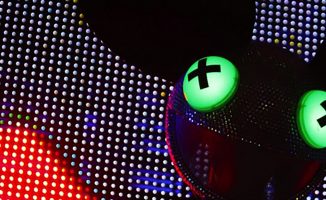 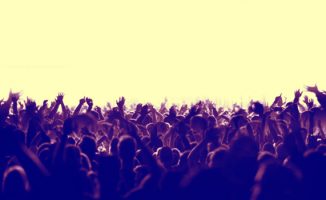 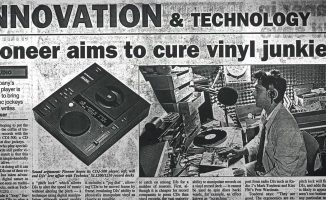 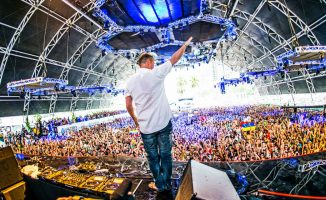 Why You Shouldn't Compare Yourself To Other DJs