Native Instruments and Traktor have been pinning a lot on the still nascent area where DJing and production meet. With the Remix Decks, Remix Sets and heavy company involvement in production as well as DJing, this was always going to be the most fertile area for NI – and now the company is being as bold as to start talking about “the future of DJing” (with its own hashtag of course – #futureofdjing).

NI’s vision of the future is where – in the words of house veteran MK, who appears in this video promo – “12 year old kids who’ve never touched vinyl” kick ass with digital gear (Traktor, naturally), and music is made by people who don’t play musical instruments. MK thinks it’ll be in 5 to 10 years time – we all know to an extent it’s already happening!

At the same time, MK says he tried DJing in the 90s and “got bored after 20 minutes,” implying that it’s where production and DJing meet, not what was possible with two turntables and a mixer, that the real interest is – for him, anyway. Interesting to see NI doing videos not dissimilar to Serato’s Icon series, in style if not angle – would love to hear your views on this.

Over to you: Is this the way DJing is going? Can this way of performing electronic music live dominate, will it live alongside other ways, or is it a great idea you can’t see catching on? Share your thoughts on the video with us in the comments. 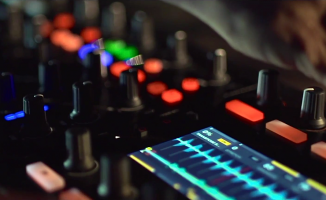